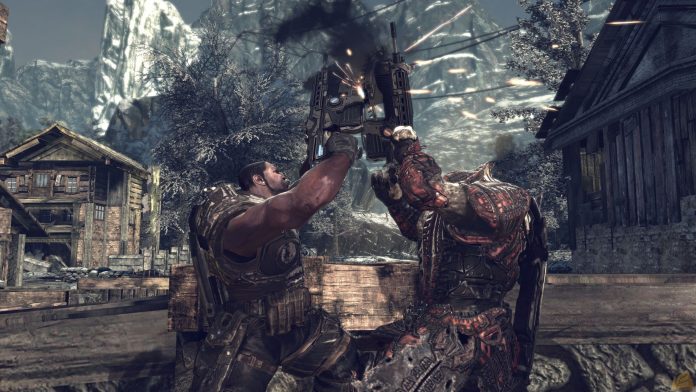 New reports tell us that Black Tusk has access to significantly more resources than the previous installments of Gears of War ever did and the entire team is pumped!

Rod Fergusson reports that after his recent visit to Black Tusk studio’s that he isn’t too bothered by the absence of Cliffy B or Chris Perna as:

“They are obviously great friends and collaborators – it’s not one person that makes something, it’s a team effort – but what I’m really excited about is just the pure energy that’s at Black Tusk. When you live with a franchise for seven years, there were people at Epic who were kind of done – like I wanted to do something else interesting. But when you look at Black Tusk it is just a pure, raw, pool of energy and excitement for what they want to do. So I’m like walking through the studio and Gears of War is on every screen, we’re playing multiplayer together and we’re playing Horde together, and doing all this different stuff. Just to have that fresh enthusiasm is really invigorating.”

Fergusson noted that the Gears of War team was “super-lean”, and “We always had the smallest team possible, we were always sort of understaffed and overworked so we weren’t able to fully take advantage of what the franchise could do. So one of the other reasons I’m excited about having Gears of War at Microsoft is that we can actually see Gears do more than just any one particular instance. There are just a lot more opportunities because we have more resources to do that.”

It’s exciting to hear this kind of enthusiasm about the development of the next installment in Gears of War. While it’s not much to go on at the moment it’s great to know that the entire team is full of love for the franchise and that the resources on hand are at max capacity to ensure we get a quality product.