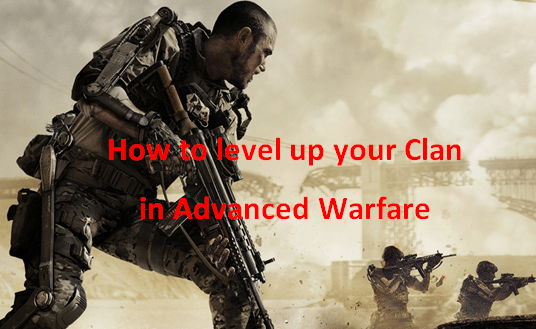 Unfortunately, yet again Clans have been left to fend for themselves when it comes to working out how to level up their Clan and the mechanics of the upcoming Clan Wars.

This is the first of two articles that I will be releasing to help walk you through it all. You will have the option of either the below video or if you are like me and prefer to have something written to refer too please see below the YouTube video for a written guide.

This guide is focusing on how to level up your Clan as I felt this one was more important to begin with as the first Clan War doesn’t start until the end of the month.

Now given the fact that very few details have been released about the Clan leveling system for Advanced Warfare, most of this information is based on what we already know and years of experience in how the system works.

If any of the information changes or new useful information is provided at a later date I will update this for you so be sure to re-visit this article in a couple of weeks to check for updates.

LEVELING UP YOUR CLAN

So, how do you level your Clan up?

The key point to remember is in order to be earning Clan XP you must be playing with at least one other registered Clan member. If you are playing by yourself you will only be earning XP for you and not the Clan.

There are 3 main ways that you can earn Clan XP:

It is uncertain exactly how much XP can be earned for this that will contribute to your Clan at this stage. Once this is confirmed I will update this section for you.

The XP earned in Clan Wars is the same amount as in multiplayer modes but with one difference – If your Clan has captured a ‘node’ you will be receiving bonus in-game XP every time you play in that game type. This can vary from 15% – 30%.

I will go into full detail about how all this works in the article being released later this week. I will be sure to attach a link here for you so please revisit this section on 14 November.

What you do need to know about the Wars between now and then is that there is a pre-qualifying round happening this weekend.

Prior to the start of the first Clan War a qualifying weekend occurs to decide which Division you will be placed in to ensure that you are placed up against Clans of a similar size and skill.

Update: Beachhead Studios have now announced that the pre-qualifying round for this weekend has been delayed until further notice. I will update you with the new dates once they are announced.

The pre-qualifying round will take place from with the first actual War kicking off on November 26th – December 1st. You will need to compete across the entire weekend for the system to establish the frequency that you play and your win/loss ratio. If you have members that will not be assisting in the Clan Wars I recommend removing them from the roster as you will be placed against other Clans that have similar registration numbers to you. You can do this by removing them from the new ‘Active Roster’ on the Call of Duty app. 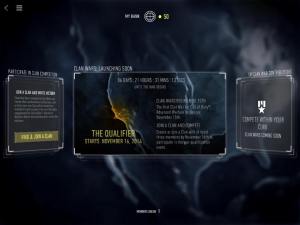 HOW TO MAXIMIZE ON YOUR CLAN XP:

There are a couple of ways to ensure you are earning the most amount of Clan XP each time you play with your Clan members.

If you chose to play by yourself, with randoms or friends that are not in your Clan you will only be earning XP for yourself and not the Clan. So get to know your Clan members and add as many as you can to your friends list.

As a Clan Leader you should be actively reminding and encouraging this to ensure that all possible Clan XP is being achieved. I also recommend setting daily/weekly XP targets for your Clan to encourage them to play together and work towards a common goal.

Now, if we run off the old Clan model, each Clan level increases by 5000 XP. Depending on the size of your Clan and the frequency in which they play, you should be able to achieve approx. 5000 XP per day.

As an example, if the next Level you are trying to reach requires 35,000 XP to achieve, you should be able to focus on reaching this goal within one week based on the those figures.

Once clearer details are provided, if the amount that each Clan level increases by is different I will highlight that in the update for you.

Previously progressing through the Clan levels enabled you too unlock colored Clan Tags. We can only assume that this will be the case again here however that has not yet been confirmed. I will update that information for you once I have it.

(Subject to possible change, awaiting more details to be released by Sledgehammer). 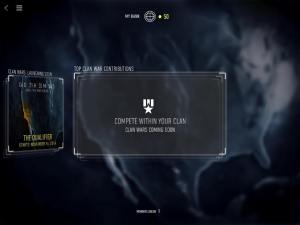 CLAN APP: Currently the Clan app is experiencing a lot of problems, with some Clan stats not showing at all and others only updating once and then freezing again.

This issue is well known and is being worked on, hopefully it will be resolved by the end of this week.

It has been made very clear though that whilst your Clan XP may not be showing on the app it is still accumulating in the background and will be there once the app is finally fixed.

Please check back in here in around 1 – 2 weeks’ time as I anticipate being to update this information more by then and hopefully have some new useful information that will help you through this season of Call of Duty. For the time being though this will help you hit the ground running.

Later this week I will be uploading details on how the mechanics of the Clan Wars work and how you can make the most out of the XP that can be earned and help your Clan win those wars.