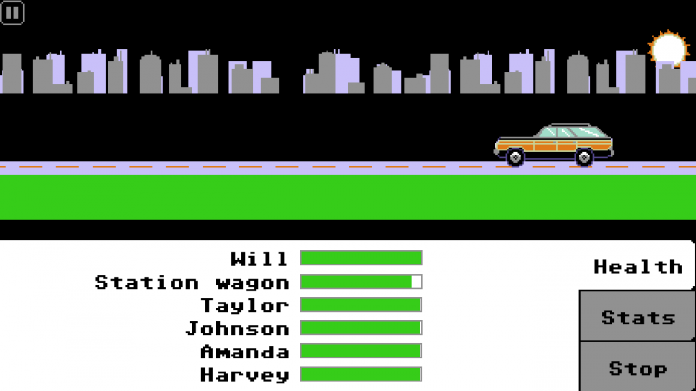 Codename: NX, is the next console in the works for Nintendo.

We will not announce any details about NX until 2016. I used the name “NX” during our joint press conference with DeNA on March 17 because we thought that our announcing the business alliance with DeNA to start a smart device business could result in such misunderstanding as “Nintendo is making a transfer to smart devices because it is pessimistic about the future for dedicated video game systems.” I intentionally chose to announce the development of NX so early because I wanted to confirm the fact that we are developing a new dedicated video game platform, that we have never lost passion regarding the future for dedicated video game systems and that we have bright prospects for them. Though I cannot confirm when it will be launched or any other details of the system, since I have confirmed that it will be “a dedicated video game platform with a brand new concept,” it should mean that we do not intend it to become a simple “replacement” for Nintendo

This is great news for Nintendo fans, we knew that a new system had to be on the way soon so it’s great to see the company come out and start talking about it now to excite the Nintendo community for what is to come.

Iwata went on to say: So far, Nintendo has built its official website, started the Club Nintendo membership service, made its dedicated video game systems network compatible, started Miiverse and has constructed other online services one at a time. When we constructed each one of them, we were trying to create a certain solution to achieve a certain goal or to address to a certain issue. In other words, we did not have an overall vision as to what the final and comprehensive format should be like and, as a result, we cannot say each of these services was connected to one another in an ideal way. Also, when we were designing them, we did not have the idea of building a bridge between smart devices and dedicated video game systems and, at least five years ago, we could not foresee that smart devices would have increased in significance to be the dominant window through which consumers connect with one another and society. When we look at Nintendo’s current network services from this perspective and others, they look like patchwork. They are not ideally designed for user convenience, and when we try to improve one, we have to modify not only the portion directly related to that service but also other seemingly unrelated components, so it cannot be done easily. In other words, we have many ideas that we would like to realize but we have not been able to execute them as smoothly as we had hoped.

So obviously making all Nintendo devices compatible with each other is a focus that they are applying when developing the NX. Again, great news for Nintendo gamers.

Iwata has a LOT more to say in the earnings report, so for those of you that are interested in reading the rest please visit here.

As more information is released later this year about NX you can be sure to find all the updates here on EXL Gaming.