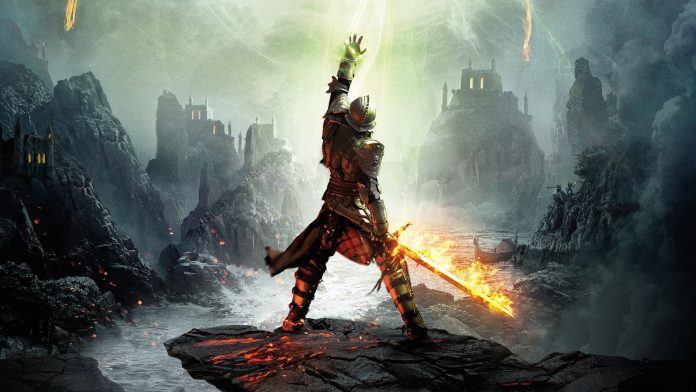 It looks like in an unprecedented move by Bioware Dragon Age: Inquisition DLC is now easier than ever to own if you have multiple consoles.

If you buy the latest DLC “Jaws of Hakkon” on PS3 or Xbox 360 the DLC will also be available for you for free on the Xbox One and PS4. Bioware weren’t that specific on whether or not if you purchase on Xbox One and PS4 if the DLC will also be available on your previous gen console but assuming by the disclaimer stating “requires purchase of Ps4 or Xbox One” so were gonna say that most likely you’ll only receive the DLC on Current Gen consoles if you buy it on the Previous Gen consoles.

So if you own both and want to take advantage of this I’d be safe and just purchase it on your 360 or PS3.

Haven’t bought Jaws of Hakkon? You’re missing out! The DLC brought with it a new area added to Thedas, filled with lush forests and mountain terrain for you and your team to venture through.

You can also meet the Avvar, fierce and independent hunters who live in the southern mountains of Thedas. Discover their culture and uncover clues to learn what happened to the last Inquisitor, and the dragon he hunted.

Then you can strengthen the Inquisition through new operations unlocked by discoveries, earn the respect of the Avvar warriors, and find an ancient Tevinter fortress that hides a dangerous secret.