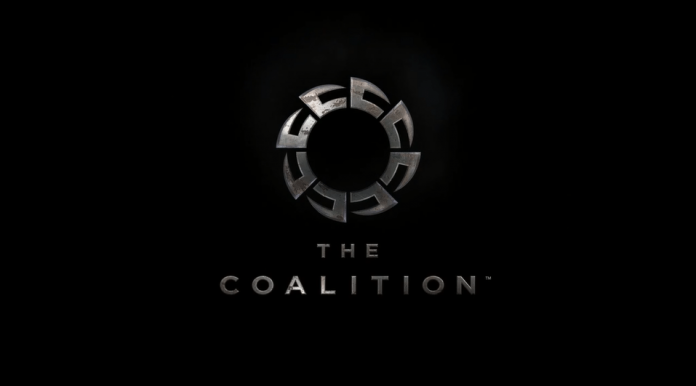 Black Tusk Studios, the company making the next installment in the Gears of War franchise, will no longer exist.

However, it will now be known as ‘The Coalition’.

Here is the statement released by Rod this morning explaining the reason behind this and if you would like to watch the short video that goes into a little bit more detail about the reasons behind this change please see the original announcement from Xbox Wire.

Hi everyone – I’m Rod Fergusson, former studio head of Black Tusk Studios. It’s not what you think. Beginning today, the Vancouver-based Xbox team working on the Gears of War franchise will be known as The Coalition. What’s in a name? In short, The Coalition speaks to who we are as a team, and what it is we’re working on. A coalition is a team of diverse individuals working together for a common purpose, a concept that we feel describes our studio quite well. Fans will also recognize the Coalition of Ordered Governments (COG) from Gears of War lore. When people hear 343 Industries, they associate it with Halo; when they hear Turn 10 Studios, they know that’s who makes Forza. Moving forward, when you hear The Coalition, we want you to think of Gears of War. To see our new logo in motion, and to learn more about The Coalition, watch the special edition Rodcast above. Speaking of Gears of War, we’re getting close to E3, where we will share more on what’s next for Gears of War. Specifically, Gears fans should be sure to tune in to Xbox Daily: LIVE @ E3, on Monday June 15 at 4PM Pacific to see what we’re working on.

Interested in some more Gears of War discussion? Then check out the latest instalment of the EXL Podcast!