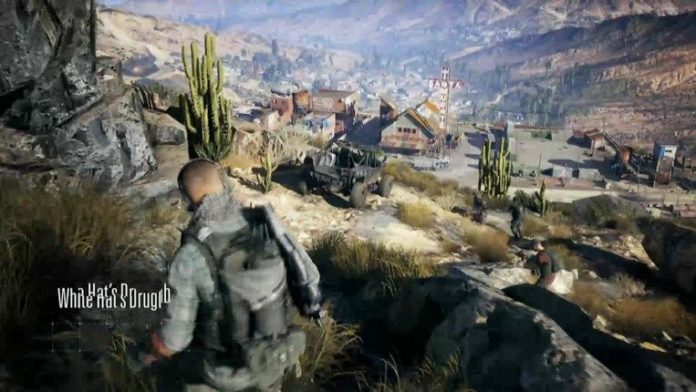 At the major gaming event they played an amazing reveal trailer that really got the excitement pumping to ensure the pre-order. They left it to the viewers to speculate as not much more information was given during the press release. I personally was not bothered as the epic trailer spoke for itself and this game will definitely make my personal collection. The reveal trailer suggested the plot was based around the illegal cocaine drug trade, hinting that some of the South American governments were involved with these criminals.

The graphically astounding trailer showed a mission where ‘White Hat’s’ drug lab could be approached in two strategic ways. The ambush option sees the players charge in hard attempting to annihilate all in their path before they must secure a shipment truck and make their escape. The stealth option was just that, put on your sneaky moves and glide your way through the rainy night before blowing that lab sky high.

The clip continued showing just how massive the world was with a variety of astounding terrains and different countries. I’m super excited to burn around the open expanse on motorbikes and other tough looking vehicles and especially skydiving into the hot zones  ready to rain hell on the mission directive.