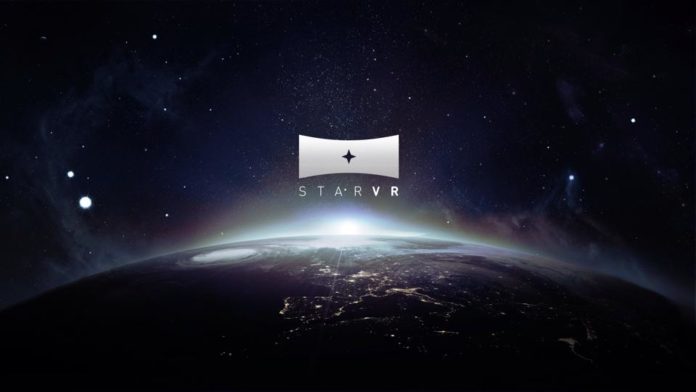 Starbreeze is yet another company grabbing the ever advancing Virtual Reality bull by the horns and they are really going places with it. These developers are known for Brothers: A tale of two Sons and the Payday series.

They have just announced their latest head mounted virtual reality display the StarVR. Boasting the widest field of view there is on the VR hardware market. StarVR is promising a 210 degree horizontal field of view, the widest FOV available to date. Displayed on a 5.5inch screen with a resolution of 5120×1440 this VR helmet is sure to impress.

Starbreeze has also announced they acquired the French VR hardware developer InfiniteEye. The new company will run under the name of Starbreeze Paris.

Now let’s get to the games. Starbreeze will be showcasing its new hardware at E3 running with Overkill’s Software playing the shooter game The Walking Dead. That’s right folks! The acclaimed TV series of zombie apocalypse survival will be one of the early classics to come to the world of Virtual Reality gaming. Starbreeze showed of the game at a Hollywood event wowing the people involved.

Starbreeze Ceo Bo Anderson Klint said in a release that:

“Virtual reality is here to stay and will skyrocket the world of entertainment to a completely new level. At Starbreeze, we are set to be one of the frontrunners of this ground breaking development, bringing the next generation entertainment experiences to a reality”.

Thanks to an optical tracking system, accelerometers, magnetometers, and a combination of gyroscopes the StarVR will have complete orientation and position tracking ensuring accurate visual movement.

Starbreeze have not announced a price or release date as of yet. Below is a clip on the new StarVR with the developers discussing the product and process.

I am certainly looking forward to more information about Starbreeze and their products and projects at E3.

EXL will be sure to keep you up to date as more details are released about this exciting technology.