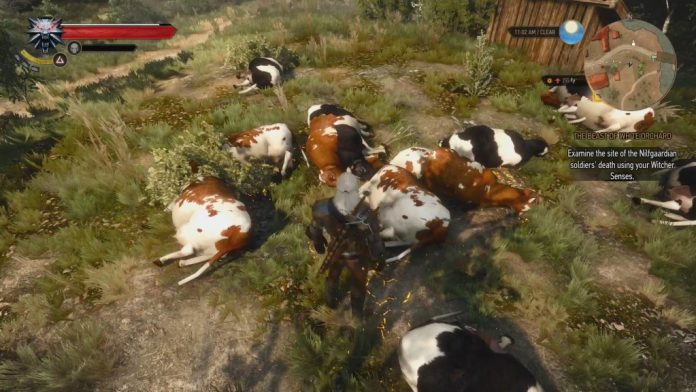 The full patch notes for the latest update to The Witcher 3: Wild Hunt have now been published. This patch covers PlayStation 4 and PC with a patch to come next week for Xbox One. The most notable addition in the patch is reference to the infinite money exploit (this involves killing cows). The description is: Deploys the Bovine Defence Force Initiative. Yes, that’s right, The Witcher 3: Wild Hunt infinite money glitch will no longer be quite as easy to use.

Obviously cow related, clearly CD Projekt Red would deal with this as quick as they can, so it’s a safe bet that this is what they are talking about.

Get settled because you are in for quite a read, this patch is ‘beefy’:

So there you have it! The Witcher 3: Wild Hunt infinite money glitch has officially been patched, along with myriad bugs and glitches.