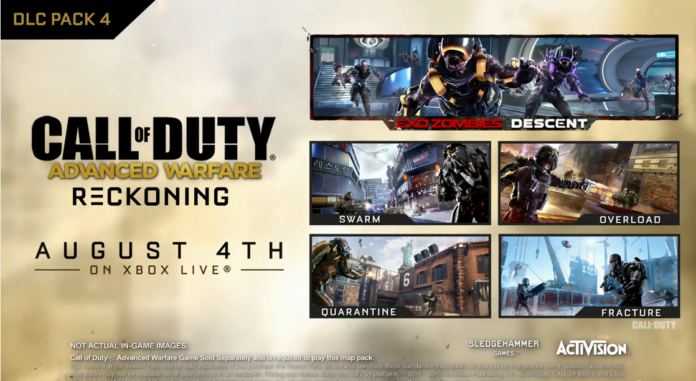 Activision Assist have announced that members of the Xbox One Preview Program can download the Reckoning DLC for Advanced Warfare now.

This is a great new feature that no doubt once it has been fully beta tested will most likely be available to all to take advantage of.

What this means is that Preview Program members who own the season pass can download the DLC pack early prior to its official release on August 4th. They won’t be able to play the maps online however they will be able to play them in local multiplayer mode. Don’t try to access the new Exo Zombies though as that will cause your game to crash. It requires a title update to run that won’t be available until the DLC pack becomes available on August 4th.

Go to: My Games and Apps

Then: Ready to Install

You should now be looking at the DLC pack Reckoning.

You may want to leave worrying about that until later in the day though and jump online instead as it’s a DBL XP weekend in Advanced Warfare. So if you’re madly trying to level up to get those Advanced Supply Drops jump online and take advantage of the extra XP.