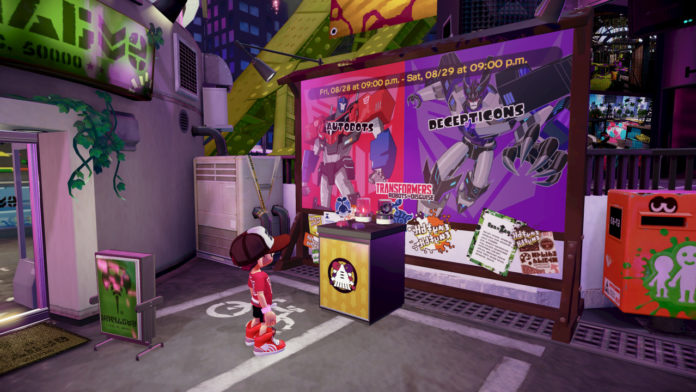 Looks like it’s almost time for another Splatoon Splatfest and the chosen theme this time could arguably be the best one yet! Splatfest participants get to take part in one of the biggest rivalries in geek history…Autobots Vs. Decepticons!

Splatfest is a 24 hour event where players choose a side and are given a special T-shirt to wear in-game that displays which Transformer faction you decided to represent. The ink for that team is also customized to match each teams colors. Each team goes into battle to try to rack up as many Turf War wins as possible for their faction. At the conclusion of Splatfest the side with the most points will be awarded items that will allow them to upgrade their in-game gear.

So will you be choosing Autobot? Or will It be Decepticon?