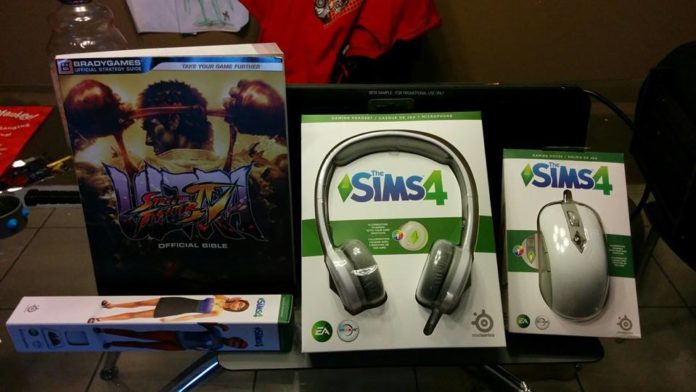 Today Bungie took to their Instagram to showcase some of the new Exotic gear that will become available in The Taken King DLC.

With a September 15th launch right around the corner and a community divided, the developer is doing what they can to fuel the Hype Train.  All of this coming in the wake of Bungie’s announcement that guardians beloved year one legendaries would not be moving forward into year two, making prized pieces of raid gear like the Fatebringer, Vision of Confluence and Black Hammer near obsolete.

An even more shocking decision was that even House of Wolves gear, and yes that includes Trials of Osiris, wouldn’t be moving forward either.  So say goodbye to the Messenger (Adept).

All of this news, as crippling as it was, came with an up side.  A claim that “even some blue weapons” in The Taken King will out power year one legendaries, and “better gear is coming”.

So the question I have been asking is, is it true?  Or, will this DLC be just another copy, paste and re-skin fest? Lets take a look at the gear we saw today. I will admit.  This helm is visually stunning however we basically have the Warlock ability ‘Angel of Light’, that has been pasted into a titan helm.  Not really much to see here folks.  Lets move along. Again, visually stunning but I could barley read the first perk without spitting my coffee all over myself.  Is this a joke?  Are you trolling Bungie?  A “chance to gain more glimmer” ……..from primary ammo packs?  Unless we are talking stacks, and I mean FAT Rick Ross stacks of glimmer, 1,000 per pop, this Exotic is completely worthless.  This is why we have Ether Seeds, Black Wax Idols, Blue Polyphage and Resupply Codes.  Or are you rendering them obsolete as well?  Do you even Destiny, Bros?  Lets move on and hope this gets better. … … …Really?  Again we have a perk previously seen on the Warlock.  Though this could prove somewhat useful in certain situations.  An additional blink strike.  An additional smokey teleport thingy maybe?  An additional… oh wait.  The Gunslinger already has an additional throwing knife.  Does this mean I can have 3?  Doubtful.  Especially since the warlock perks that should provide you a 3rd grenade, do not. Ladies and gentlemen, boys and girls.  Gather around as I show you the future of Destiny…  Just kidding.  It’s basically a shotgun with Lightweight.  That being said this weapon still does have a bit of promise.  Let us assume that it has an incredible range.  Oh wait… It does you say?  So, whats the catch?  Test footage shows that it can’t, or at least has a hard time killing in one body shot.  What? Really?  It’s a single slug shotgun!  Yeah, well.  You know.  Balancing and all.  *Facepalm* What can one say about the gun that has been marketed to us as the “New Gjallarhorn”.  I can tell you that the gameplay footage didn’t show a lot of promise.  It appears to take 5 shots to bring down a level 31 yellow bar Ogre.  Significantly more shots than its predecessor.  I guess in a spherical, metal room… that has an Ogre trapped inside this weapon would probably wreck.  However, I don’t think well see that environment in The Taken King.  So, I’ll leave it at this.  You’ve got a lot of proving to do. I saved the best for last.  The weapon design is clean.  The perks feel “exotic” and speak for themselves.  Now lets see this baby in action and hope it earns its stripes.

All in all I call this showing lackluster at best.  Once again we have seen Bungie recycle old perks, paint them a shiny new red and present them to us as the future.  Once again we have seen them create perks that sound ridiculous to anyone who actually plays this game.  An exotic “glimmer from primary ammo” perk sounds as ridiculous as rocket launchers with moderate shank burn and guns like No Land Beyond.  Add it all up and it looks like Bungie is the same old Bungie, at his time I am not sold.

This time an apology and a promise of a better future won’t cut it.  So, get it together Bungie.  You’ve got a lot to change and change it quick.  Your Guardians deserve better.