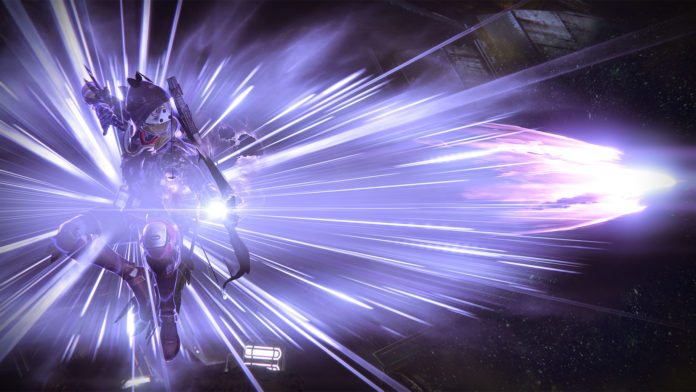 More news out of Bungie today.  This time it’s wrapped up in their weekly update, the one about 2.0.  After a controversial week surrounding the Strike live stream plummeted by negative feedback and reviews from the community, one would think good news would be on the front line for the team over at Bungie.   Instead we are faced with the loss of an old friend and what could be the end of Destiny for you, if your on an Xbox 360 or PlayStation 3.  Below I will break down what you need to know about Update 2.0 coming to your console on September 8th, 2015.

The NIGHTFALL we know, is no more.

Bungie states that their “desired Nightfall experience is the weekly ritual where you get together with your friends for a test of thumbskill and allow players to optimize for gear.”  I couldn’t agree more with that statement.  So how do they plan to carry out this moving forward?  My thoughts would be to leave it untouched right?  Wrong.

First, they will be removing the “Nightfall” modifier from the Nightfall.  You know the one.  The one that returns you to orbit if your fire team wipes.  This will be replaced by a “30 second Time Out penalty”  if you go down.

Second, they will be removing the XP buff players receive for completing the Nightfall.  This will not be replaced by a new reward at launch.  They have said that they “shelved that buff until we can reform it into something closer to it’s original intent – a mark of prestige for having achieved something challenging.”  They claim that they will be adjusting sources of XP and Reputation up to account for it’s absence.

The required level to enter a Nightfall activity will be 40.  Yes, the max.  Which means you can’t even swing at it as a 38 or a 39.  This poses a few important questions for me.  Will we be able to reach level 40 in week one?  Should we be able to?  And, if we can’t… Who will play the first weeks nightfall?  They have yet to address whether or not a level 40 can “pull in” friends that are under level.  I can only hope so or, it’s going to be a quiet couple weeks in the end game.

So to recap, they wanted it to be challenging… so they’ve made it easier.  They wanted it to have a sense of prestige….so they’ve given everyone the buff, just for playing and adjusted the level requirement to the DLC max cap.  Bungie, you had us at hello but, now I’m thinking good-bye. No, I’m not kidding, however hear me out on this one.  The Weekly Heroic Strike will be replaced by the Vanguard Heroic Playlist.  This has pros and cons for me.  Lets talk about those.

The GOOD – This should add some much needed variety to our weekly runs.  I’m hoping this takes a page out of the P.O.E. Playbook giving us 3 strikes with different modifiers and enemies sets each week.  Also, rewards received will be based on the account level rather than the character level.  Players will also be guaranteed a legendary engram on a characters first clear of the week.

The BAD – Accounts will now receive Legendary Marks for the first 3 Weekly Strikes completed.  This leaves a lot of players wondering where their flow of Strange Coins will come from.  Some even questioned if strange coins would matter in the Taken King.  A Bungie rep has already replied via twitter stating that coins will still matter but, we will earn them from other activities.  Lastly… the new level requirement will be 40.  Yes, 40.  The same as the Nightfall.

That’s right.  Exotics from standard crucible play – get you some a that!  Once players have completed the PVP intro chain on Lord Shaxx, they gain access to a Weekly PVP quest.  Every week Lord Shaxx will have a bounty called “The True Meaning of War”.  Upon completion players will receive “Nightfall tier rewards.” The ICING on THE CAKE

I quote… “Did we mention that you’ll need to confront the immediate threat first?  Oryx lies between you and these challenges.  You’ll need to survive his wrath to partake in the new endgame.”

Does this mean what I think it does?? Are we looking at a raid completion standing between us and the weekly activities? I sure hope not.  But, I don’t know how else to read this.

Bungie wanted the Daily’s to feel less like a job or chore.  To fix this they have increased the rewards given by both the PVP and PVE Daily missions.  They are also now an account completion.  Meaning if you finish on one character, your done.  No more 3rd times a charm.

Storage may be an issue.  Destiny is advising players to make sure space is available on their hard drives come September 8th.  Because weather you bought the Taken King or not…this update IS coming and, will be required to play Destiny.

REMEMBER – Regardless of if you bought the Taken King or not the update must happen for you to continue playing Destiny.

That’s it.  The good, the bad, the ugly.  With 2 weeks to go until Taken King launches this Guardian is looking for light in the dark.