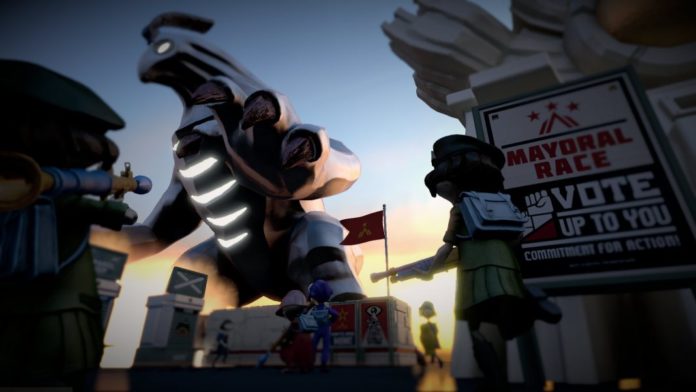 Today Cliff Bleszinski has finally revealed his new free-to-play shooter. Remarkably in an era where leaks are prevalent Bleszinski and his newly formed Boss Key Productions studio have been able to keep details of the game mum. The title of the new game formerly known as Project Bluestreak will be called LawBreakers and is set to release sometime in 2016.

LawBreakers takes place years after an apocalyptic event called The Shattering which causes earths gravity to go haywire. Rather than introduce yet another post-apocolyptic setting LawBreakers will take place years after the event when society has been reestablished and moving forward. However gravity is still not the same and that means jet packs and grappling hooks set the stage for a world where verticality is a major focus. According to Bleszinski “You won’t want to be on the ground.”

LawBreakers is a free-to-play, five-versus-five game and will allow multiple players to choose the same class/type in a match. Boss Key will present its first gameplay trailer on Friday, August 28. The studio will also be at PAX this weekend. In the interim check out the official LawBreakers announce trailer below.