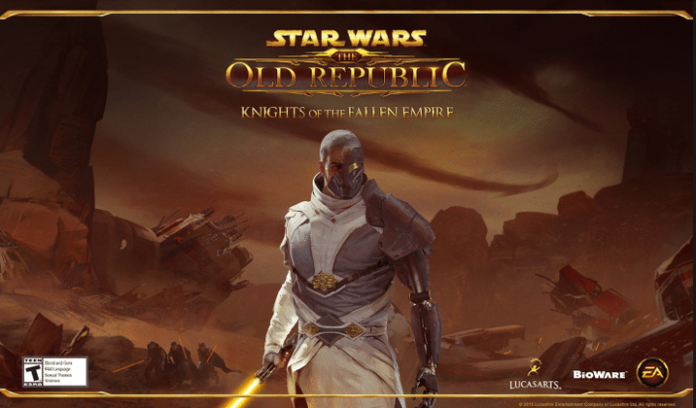 James Ohlen brought it to the stage big time in Electronic Arts’ press conference at Gamescom 2015. He announced further details of the release of Star Wars Knights of the Old Republic: The Fallen Empire expansion pack.

Ohlen explained the game is very ‘choose your own adventure style’ where players can recruit companions and manipulate the games outcome with every different choice made.

Also there is the addition of a new character called the Legendary Gunslinger. This character brings the old west into the epic space age of Star Wars, creating a unique difference and breaking the boundaries between time.

This addition in the ever so popular franchise is available in October 2015. Check out the Gamescom trailer below: