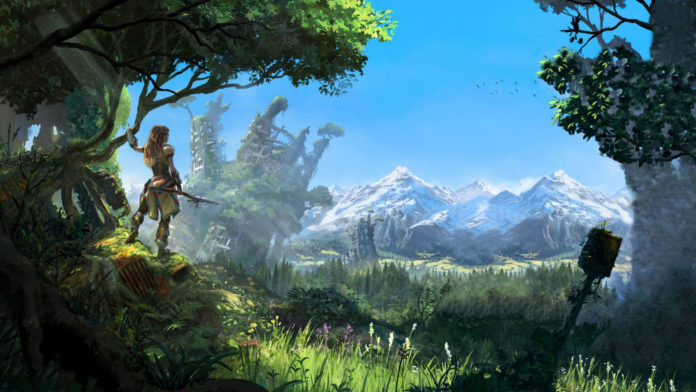 Horizon: Zero Dawn a new exclusive title headed to PlayStation 4 in 2016 from developer Guerrilla Games was first revealed at Sony’s 2015 E3 press conference. Since that time not much has been shown of the game and details have been overall light.

That was until recently when a video demonstrating live gameplay of the upcoming title was posted online. The video was recorded from a live Nico Nico stream at TGS 2015. It’s in Japanese and the quality is a bit low but hey beggars can’t be choosers!

Horizon: Zero Dawn is an open world game and features a female protagonist named Aloy who can fully explore the world hunting mechanized beasts for resources required for the survival of her tribe.

Sony and Guerrilla games are set to release Horizon exclusively for PlayStation 4 in 2016.