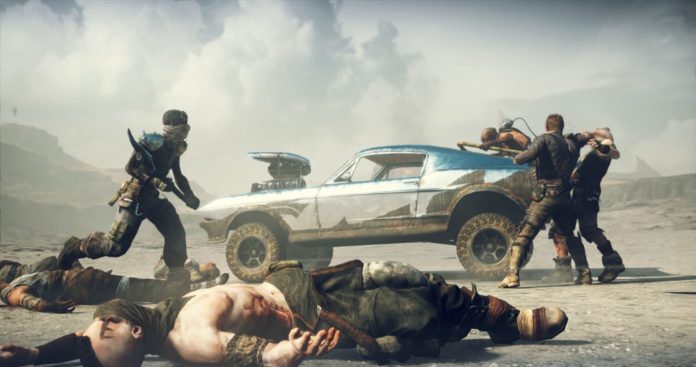 Mad Max was released early this week with fans a bit on edge to see what the game was like after the hassles Warner Bros. had with Batman Arkham Night, but I can safely say they have bounced back with a massive explosion.

Not only is the game visually spectacular but it has very solid gameplay to go with it, after watching the opening scene you are left wanting more  from the get go.

Now it does have a few flaws but they are only minor ones, the Australian accents are poor, and the slang is not quite there, like Dinky DI, in the game they say it as Dinky DEE, you start of in a V6 car which sounds like a V8, but there things are only minor and you so forget about it quickly and begin getting lost in the game.

If you a fan of The Witcher 3 or Red Dead Redemption then you will love this game. You go about you day completing missions,  to either improve your Strong Hold or trying to salvage scrap metal which you then turn into in-game currency to upgrade you car and weaponry. Resources such as food and water are few and far between so eat and drink when you can to replenish your health.

Warner Bros. with the help of Avalanche Studios, I think have pulled off one of the Games of the Year and for only $19.49 on PC at CD Keys it’s hard to say NO to it especially when that price includes the Ripper DLC.

However, if you were one of the lucky ones to have picked up The Post-Apocalyptic Edition which includes the below listed items, you might or might not be surprised that Mad Max Fury Road (Movie) has  been voted best film of the year by international film critics. The 2015 Fipresci best film award was selected by 493 international film critics, from films which had their premier after July 1, 2014.
– Collector’s Box
– Mad Max Game
– Ripper DLC
– Mini License Plate
– Exclusive Steelbook
– Mad Max Fury Road Blu-ray

You can also get an Uber ride from a Mad Max themed car in Seattle. Warner Bros. teamed up with Uber to do some promotional work for the release of the movie but have continued stay on with promotion. With all the hype still rising surrounding the the movie and game it’s little wonder why.

This is by far one of the best games I have played for a long time, I effortlessly loose hours upon hours in this game, definitely a MUST HAVE, or at the very least put in on the Christmas list.