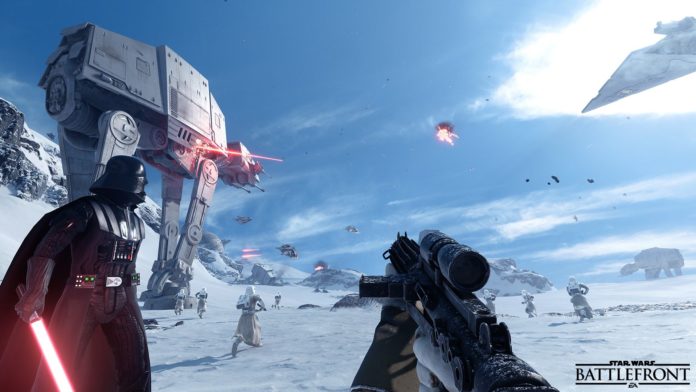 EA and Dice, creators of Star Wars: Battlefront has announced today that there will indeed be a Beta running in early October for this highly anticipated game.

Available on PlayStation 4, Xbox One and PC this Beta will included the map: Walker Assault on Hoth, a multiplayer featuring 40 players, ‘20 people and 20 AI characters’ all fighting it out as either the Rebels or Empire. Along with that you will also be able to play as either Luke Skywalker or Darth Vader.

The Beta will also include a Survival Mission on Tatooine, where alongside a Rebel friend the aim is to fight back as many incoming waves of Imperial forces until you are victorious or defeated.

EA has not yet announced how people can participate in the Beta and weather it will be open to all or just a select few. As soon as we know any more on how to access what is truly going to be and epic game we will update you.