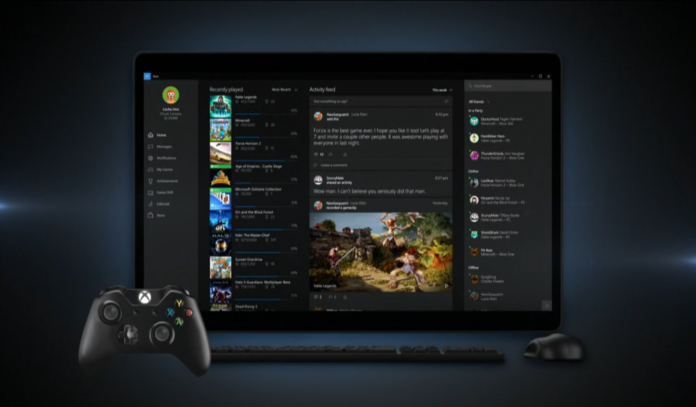 The Windows 10 Xbox beta is well underway and today there are two new features being introduced that are aimed at making your experience a more social one.

The first new feature is the Facebook friend finder, and the second is recording your voice in your game DVR clips on your PC.

Another new feature that has been updated is how you find games and redeem codes.

Based off of a top requested fan feature, we’re bringing two of your favorite social networks together—Facebook and Xbox Live—and making it easier than ever to find more people to play games and have fun with.

In the Windows 10 Xbox beta app (available in the Windows 10 Store here), look for the Facebook icon in the Suggested Friends area or Settings. Click it to link your Facebook account to your Xbox Live account and start seeing suggestions for friends on Facebook who you can add on Xbox Live. As your friends link their Facebook accounts to their Xbox Live accounts, you’ll see increasing numbers of Facebook friend suggestions, so be sure to spread the word!

Record your voice in your Game DVR clips on your PC:

Windows Insider Program and Xbox beta app participants can now plug in a headset and narrate their Windows 10 game clips with their own voice using Game bar and Game DVR hotkeys.

Share your Windows 10 Store game clips with voice over commentary to your friends on Xbox Live through the Xbox app or any social network or sharing option on your PC.

Also lighting up in the Xbox beta app today are improvements in the way that gamers can find games and redeem codes. Our goal with these changes is to enable quicker and more relevant access to content.

For more details on the Windows 10 Xbox beta head over to Major Nelson’s blog.