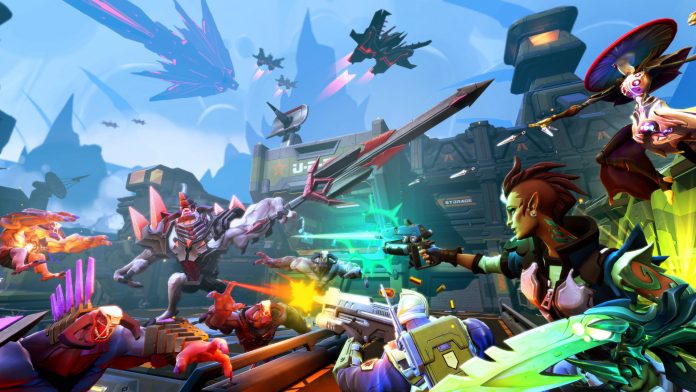 Gearbox and 2k have been working hard on their upcoming release Battleborn and today at the Paris Games Week Press Conference for Sony a Competitive Multiplayer trailer was revealed along with details of the upcoming beta testing.

The open beta will be headed to the PlayStation 4 first in early 2016. While no date was confirmed for the beta it was made very clear that PlayStation will get exclusive early access, with Xbox and PC to follow.

The closed technical test has also been revealed and is happening this weekend for PlayStation 4, Xbox One and PC. The testing will start on October 29th at 10:00 AM PT. If you have not yet registered and would like to do so follow this link to create your account and choose your preferred platform.

The Universe was once full of stars – then some jerk started snuffing them out one-by-one. Eventually the Battleborn assembled as a team to save the last star and fight for the survival of the universe. But before all that, they fought each other for whatever land, resources, and power that was left. And that’s the basis of Battleborn’s three unique competitive multiplayer modes Capture, Incursion, and Meltdown. Beat down your friends in competitive multiplayer. Join forces with your friends and beat down the Varelsi in the Story Mode.