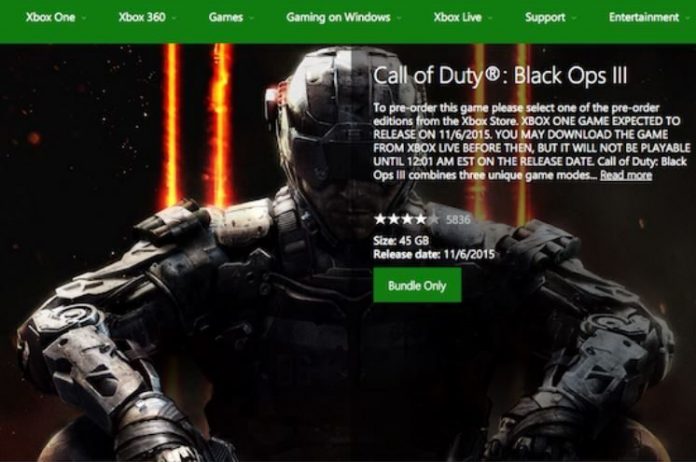 Treyarch has confirmed recently that the whole campaign for Black Ops 3 will be available on release. By this they mean that any level in the campaign can be played at any given time, opening up the option for gamers to be able to select what ever level you want to play and in what ever order you choose.

This is very similar in how Netflix releases their TV series’ as the entire season is available day one. Jason Blundell from Treyarch says this played as an influence on their decision to release the campaign mode in this fashion.

“When Netflix releases House of Cards and do all the episodes, does everyone just jump to the end and go and play the last episode?” Jason Blundell, director of campaign and Zombies mode for Black Ops 3, told Eurogamer. “Sure you can. But it’s about the journey, though, right?”

“Sure, people will jump on and play the last level,” he continued. “Okay. Cool. That’s up to them.”

“The way the story is constructed, it’s more than just the end moment. I’m sure there are many films and other media types where you could read the last page, or see the last minutes, but really you’ve got to experience all of the other stuff to truly enjoy it.”

So along with all the other cool things we can look forward to with this next release in the iconic Call of Duty series, players will be able to pick and choose how they play out what is bound to be an epic story-line. Below is the official story overview, so feast your eyes on the awesomeness that will arrive on November 6th.