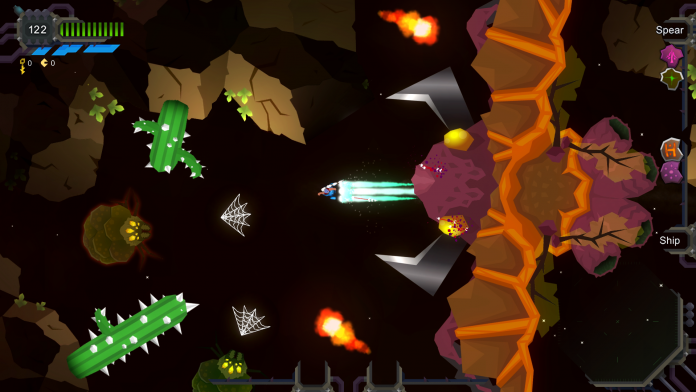 Blacksea Odyssey is a top-down shoot ‘em up about hunting giant space creatures, testing your co-ordination and putting you back into that authentic old school arcade gaming experience.

Play as the cybernetic Old Man who has entered the deadliest competition in the galaxy – the Blacksea Odyssey! Four of the bravest huntsman compete in capturing bounties for the largest space creatures that exist! Only the sole champion of the competition is awarded the honor of encountering the Titan of the Stars! Legend says no one has ever lived to tell a tale about the Titan. Will the Old Man be the first?

Do you think you have what it takes? Well if so head on over and register for the open Alpha at their official website for your chance to find out.

Hunt giant creatures over five times the size of your screen!

Arm yourself with a customized arsenal of rune-infused spears: over a million possible rune builds!

Fully destructible environments and a harpoon that can rip enemies apart!

EXL Gaming had to opportunity last month to test out Blacksea Odyssey during a live stream and I must say it’s a lot of fun. Vibrant bright colours, challenging controls, cute and cuddly enemies that all of a sudden turn into vicious hunting machines, a great time all round.

Check out the trailer below and be sure to go sign up for the Alpha!

Blacksea Odyssey will be release in the Spring of 2016 on consoles and PC.