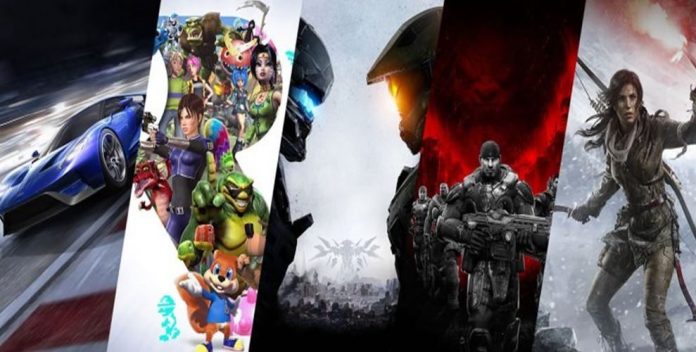 Have you got your eye on an Xbox exclusive or two? Well now might be the time to take action and plunge in will a purchase or two.

Xbox are currently running a rewards program for Rewards Members who purchase any of the following titles: The rewards range from 3,000 – 6,000 credits per purchase up to a total of 25,000, however if you purchase all 5 games they will chuck in an additional 35,000 credits giving you enough to go pick up another large title, or several smaller ones for free.

Hey Xbox fans, we want to reward you for your loyalty! As a thanks for collecting “The greatest games lineup in Xbox history”, Xbox Live Rewards will give you up to 60,000 Rewards Credits!

If you aren’t already a rewards member, sign up here. It’s free.

Then, go to the Xbox Store on your Xbox One or on the Web and buy or pre-order one of these exclusive, digital games: Halo 5: Guardians, Gears of War: Ultimate Edition, Forza Motorsport 6, Rise of the Tomb Raider, or Rare Replay. You’ll earn between 3,000 and 6,000 rewards credits for each of the five titles you purchase up to 25,000 rewards credits!

These reward credits get converted into your local currency and are deposited to your Microsoft account where you can use them to enjoy more blockbuster digital games, game add-ons, or the latest movies & TV shows.

Already purchased one or more of these titles from the Xbox Store? Individual games purchased prior to October 27, 2015 are not eligible to receive the credits awarded for each individual title. However, as a token of our appreciation for being a loyal customer, we will give you retroactive credit for games purchased between June 16, 2015 and October 27, 2015. That means if you are an Xbox Live Rewards member and purchase all five titles between June 16, 2015 and January 7, 2016, you will earn 35,000 bonus rewards credits.