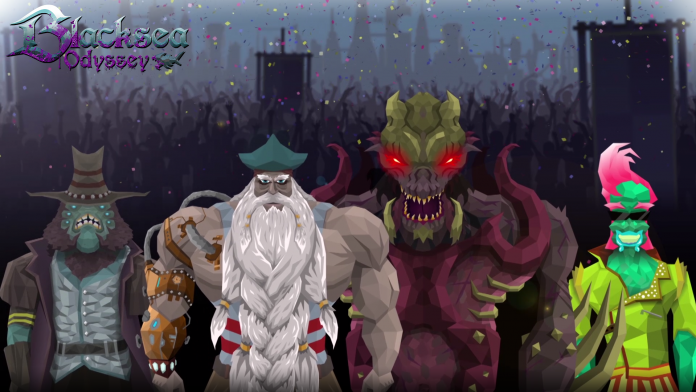 Earlier this month Blacksea Odyssey announced the launch of their upcoming Alpha testing, which if you haven’t yet registered for you can do so here.

Today they are happy to share news of the second official boss of the Crystal Biome – Glasslasher!

Ahoy Space-Huntsman! Before we give our development update, we’d like to thank everyone that has registered for the Alpha so far! We’re flattered by how excited everyone is for the Alpha. We have a big surprise that we can’t wait for everyone to see!.. or should I say fight? 0.o

This week, we’re announcing Blacksea Odyssey‘s second official boss of the Crystal Biome, Glasslasher!  If you played our game at OrlandoiX, you may have encountered him already. Glasslasher is an elderfish whose face is shrouded in sharp crystals. He also has three large crystal fins on each side of his body. Let’s not forget he’s larger than Krakhammer!

As mentioned before in the Krakhammer post, boss battle’s involve deadly encounter’s with vile creatures of epic proportions. The harpoon mechanic plays a crucial role in boss battle’s because ripping the bosses apart with the harpoon is how the player defeats the boss.

To check out more details regarding this new boss head over to the Blacksea Odyssey Webiste which is where you can also register for the upcoming alpha testing.

Blacksea Odyssey will be coming to PCs and consoles in Spring 2016, in the meantime we will keep you up to date on how development is unfolding.