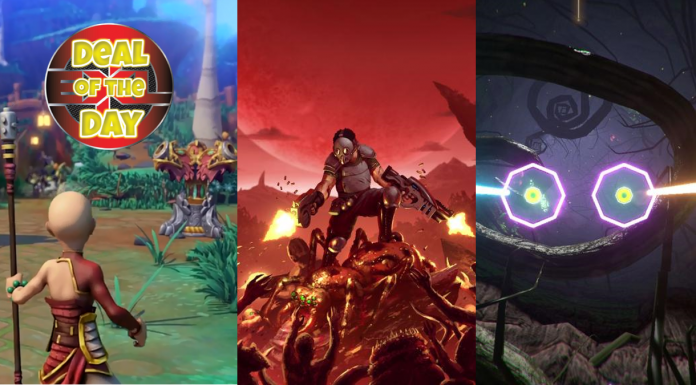 Today we have something for both Xbox Gamers and PC Gamers.

I couldn’t decide between the two so thought, why not have both?

Let’s start with the Xbox One discounts.

The first discount we have today is Crimsonland, which is currently 15% off of members of Xbox Live:

Crimsonland is a top-down dual stick shooter where the screen is filled with hundreds of enemies. Unlock dozens of weapons and perks in seventy intense missions, then unleash the arsenal and show your skills in six survival modes with highscore leaderboards. All game modes feature local cooperative game mode for up to four players. The Xbox One edition of Crimsonland features ten extra levels, a dangerous new enemy type and a new, exciting survival game mode.

If you are an Xbox Live member you can purchase now and save 15% – Limited Time Offer.

The next discount we have is Laserlife , which is currently 10% off of members of Xbox Live:

Somewhere in the cosmos, the body of a long dead astronaut floats alone through space. A strange presence with the power to rebuild memories and relive lives attempts to stitch together a human’s past. Discover the experiences of a human life in this story of first contact. Navigate time and space through collecting memory molecules, merging the molecules to build memories, then energizing the astronaut with the completed memories to rebuild its past.

If you are an Xbox Live member you can purchase now and save 10% – Limited Time Offer.

Now moving onto the PC games, today we have a Free to Play game on Steam called: Dungeon Defenders II

Free to Play? Why not, give it a go and let us know what you think of it.