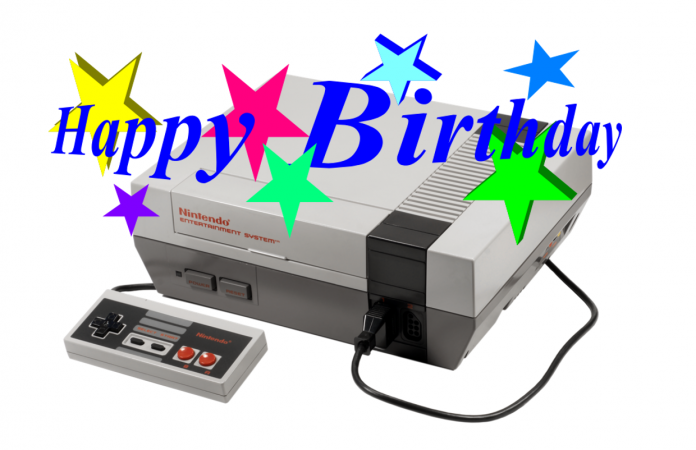 The Nintendo Entertainment System (more fondly referred to as the NES) is celebrating its 30th birthday today of the initial release in North America.

An 8-bit home gaming console that is still held very dear too many old school gamers hearts, set the pavement for many of some of our most beloved franchises such as The Legend of Zelda.

Whilst the initial release of the NES was in Japan on July 15th 1983, it was this day 30 years ago that the NES entered stores and home across America.

The NES was the greatest console of its time, breathing life back into the video games industry after the video game crash in 1983.

Anyone who can remember the time they spent gaming on the NES back in the day can recall how raw and authentic the experience was.

So Happy 30th Birthday NES and thank you for all the amazing gaming experiences you have provided the gaming community with.