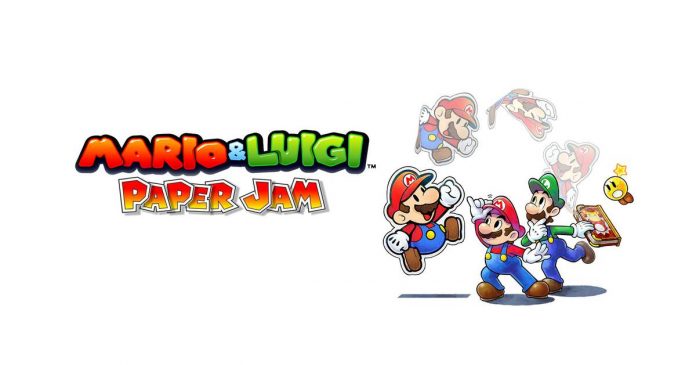 Mario & Luigi: Paper Jam was announced via a Nintendo Direct at E3 2015. Since the game was revealed there have not been many details on it but what we do have is a release date.

Nintendo UK recently tweeted that Mario & Luigi: Paper Jam will release on December 4th in Europe. No official release date has been announced for North America but the game is said to be coming in Q1 2016. Paper Mario jumps out of a book and into the bizarre adventures of Mario & Luigi, resulting in hilarious, and dangerous, hijinks! Become the superstar team of Mario, Luigi and Paper Mario to take on quests, take down enemies, and untangle these two unique universes in this playful new entry in the Mario & Luigi series.

To enjoy the 3D effect of Nintendo 3DS software, you must experience it from the system itself. All screenshots and videos on this website have been captured in 2D mode.
Use Parental Controls to restrict 3D mode for children 6 and under.