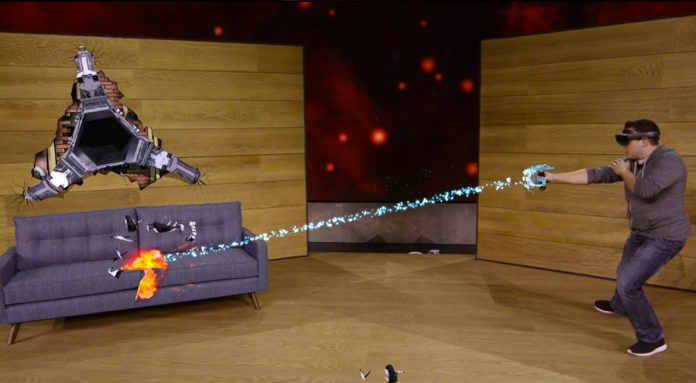 At today’s Windows 10 event, Microsoft demonstrated Project X-Ray, a mixed-reality system that enables wearable holograms. The demo showed a player on stage wearing a HoloLens headset and holding what looks like a gauntlet. Microsoft states that it could “turn every room in your house into a personalized video game level”. The player on stage was seen using the wearable gauntlet and a holographic shield which moved with the player as he battled with holographic enemies. Microsoft confirmed that the HoloLens dev kit will be available for $3000 and should ship in the first quarter of 2016.