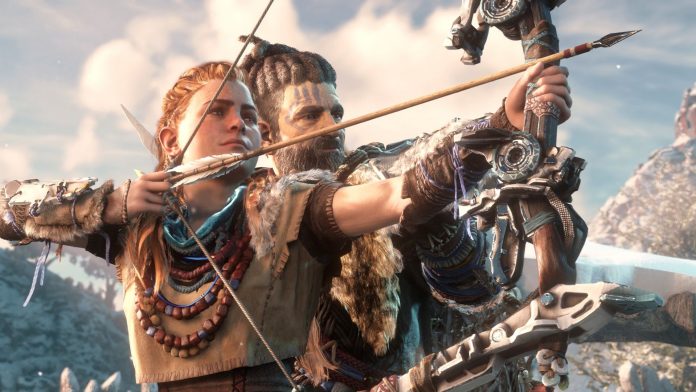 PlayStation Exclusive Horizon: Zero Dawn was on display in a fresh new gameplay demo today at Sony’s Paris Games Week press conference. Guerrilla Games newest IP is looking like it could be something really special and downright epic once it releases sometime on 2016.

The demo showcased the games heroine Aloy using explosive tripwire and arrows to take down prey while using bullet time techniques to slow things down and take precise shots. It appears that the machine like creatures in the game play a big role in looting for resources to build new weapons, outfits and gadgets.

In the final portion of the gameplay demo we see Alloy take on a giant T-Rex type beast called a Thuderjaw that had an array of attacks, charges and weapons at its disposal. It will be interesting to see more from Horizon: Zero Dawn before it releases next year, quite possibly at PlayStation Experience 2015 his December.