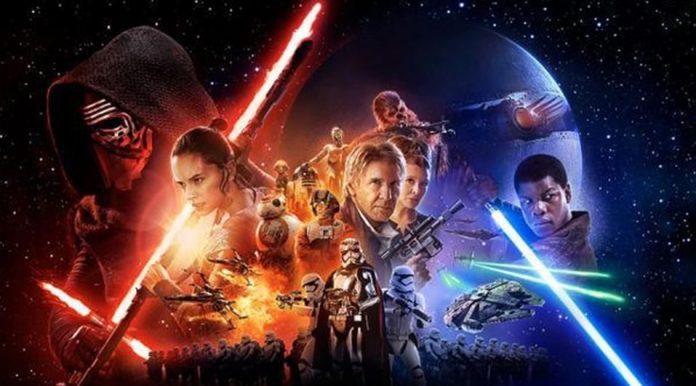 In anticipation for the new Star Wars: The Force Awakens next trailer set to release tomorrow Lucasfilms has dropped a brand new poster revealing more exciting hints on this next epic film.

The poster is jam packed with many of the old cast and new characters and is an exciting piece of eye candy for any Star Wars fans.

Princess Leia is the main feature, standing there light sabre drawn and posed for Jedi action. Behind her is what appears to be another Death Star posing even more questions, especially will we see more of the giant ball of death and destruction?

The art work itself is a spectacular design, vivid with color and space battle mayhem and I’m sure will make it into the homes of many avid fans.

So feast your eyes on the its glory and let the Jedi blood inside you run feverish in the anticipation for the December 17th 2015 release.