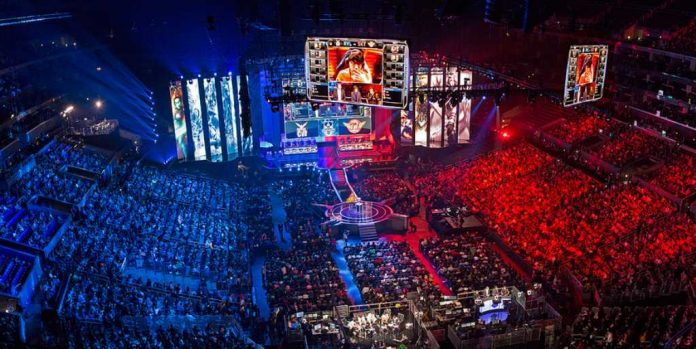 It would appears that Activision Blizzard are looking to double their eSports efforts by hiring former ESPN and NFL Network CEO Steve Bornstein and MLG co-counder Mike Sepso. The duo will head up a new division that will work alongside Activision Publishing and Blizzard Entertainment as a third subsidiary of Activision Blizzard.

Newly appointed Senior Vice President Mike Sepso who started work at Activision Blizzard about a month ago stated, “I’ve been in the eSports space for a really long time.”

“I’ve worked with Activision and Blizzard for many, many years and I’ve always been a big fan of the company. When a senior team presented this opportunity to me, it seemed like a chance to fulfill a lot of big goals.”

Steve Bernstein will act as chairman of the new division and has a pretty deep resume under his belt, helped ESPN expand its network by launching a number of new channels along with a radio station and magazine. He then went to NFL Network in 2003 as head of the Network and helped the channel to become the most widely distributed sports network in history winning its first Sports Emmy in the first two months of operation.

“Last year, Activision Blizzard created entertainment that was viewed and played by over 150 million people for more than 13 billion hours — ­this dwarfs the engagement that fans spend on all other sports,” Bornstein said in a prepared statement. “I believe eSports will rival the biggest traditional sports leagues in terms of future opportunities, and between advertising, ticket sales, licensing, sponsorships and merchandising, there are tremendous growth areas for this nascent industry. I’m excited to help Activision Blizzard further its leadership position in this exciting growth area.”

Sepso and the team were not ready to discuss long-term strategies and goals but did clarify that the purpose of this endeavor is to transition eSports from a community engagement effort and into one with business potential.

ESports as a whole has grown exponentially so it is no surprise that Activision Blizzard are looking into strategies to continue to grow it as a viable business due to its immense popularity and fan support.  “I think we have a tremendous opportunity, based on the history of Blizzard and Activision’s eSports activities,” said Sepso. “I think our portfolio of games is the best in the world and the senior leadership know that eSports plays an important role in the company moving forward.

“After 13 years of grinding it out in the eSports world … this new opportunity to lead Activision Blizzard to new, exciting places is thrilling. I think the opportunities that eSports has as a sport has never been brighter.”