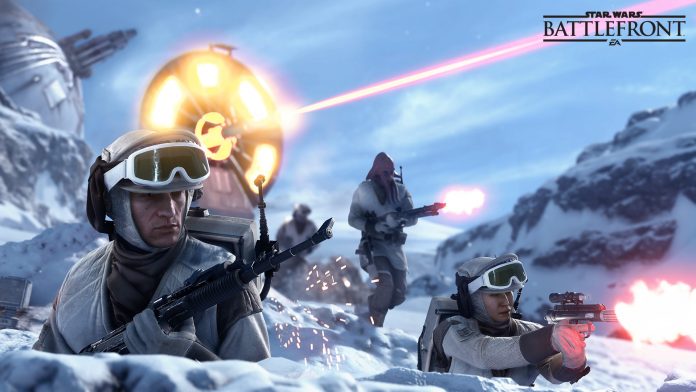 Star Wars Battlefront Design Director Niklas Fegraeus has confirmed to GameSpot that Battlefront will not feature a microtransaction system. In the interview Fegraeus said, “The credits that you use to buy things in the game are earned. You play the game, complete challenges, and that’s how you get credits.”

In Battlefront you earn in-game currency by playing matches and completing challenges. “This is a progression system based on your gameplay performance,” he said. Paying for upgrades and currency is “not part of the core design of how it works.”

Star Wars Battlefront releases November 17 for PS$, Xbox One and PC and the Beta is set to release on October 8th. The Beta includes three modes spread across three iconic planets which include:

PlayStation blog has posted detailed information for fans that provide answers to prominent questions, tips and tricks and extras included in the beta, a few examples are:

Is there a level cap?
You can advance to level five. Once you hit the level cap you’ll no longer be able to progress to higher levels, though you’ll still be able to unlock items.

Tips on Survival
Stick to the high ground and keep your distance from the waves of enemies — allowing them to get close can spell certain death. Capture the Drop Pod before and during wave three and utilize your power-ups to dominate the Imperial forces. Also, not all waves are just your typical Stormtroopers, so gear up to take on those pesky AT-ST walkers.

Be sure to visit the PlayStation blog for all the details.