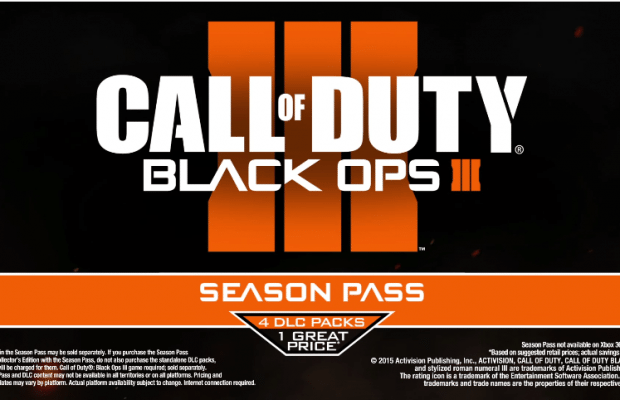 Activision has now officially confirmed that the Season Pass for  Call of Duty: Black Ops 3 will, as expected, include 4 x DLC packs that will contain new maps as well as re-imagined maps from previous Call of Duty releases: World at War and the Black Ops Series, and will also contain additional zombies content:

The Season Pass has also previously been confirmed as only being available to those who play on PlayStation 4, Xbox One or PC.