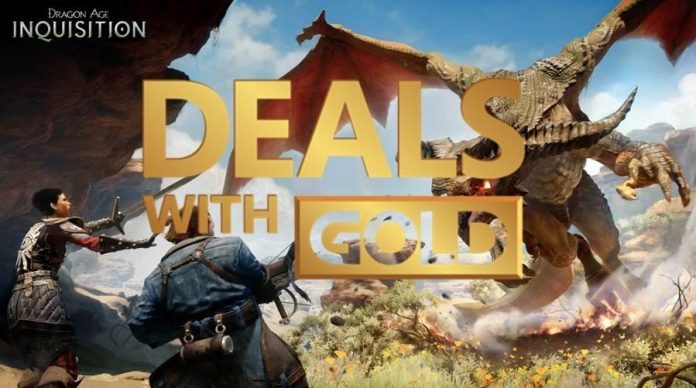 This weeks Deals with Gold are now available on your dashboard with a couple of really decent discounts that will be available through till October 19th.

It was hard to decide what the EXL recommendation would be this week as Grand Theft Auto V has not dropped in price for a long time so a discount of 33% is not to be scoffed at, but we have decided to go with Dragon Age: Inquisition at a discount of 50%.

Another very notable discount is Thomas Was Alone, at a discount of 75%.