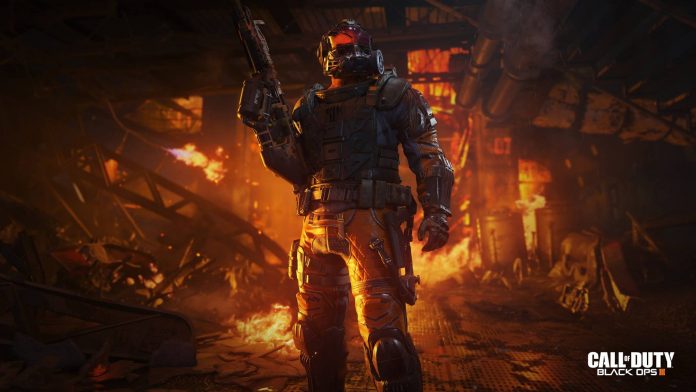 Treyarch has officially revealed what the 9th specialist in Call of Duty: Black Ops 3 is, along with details of a new MP map: Redwood, Theater mode, Customization, Prestige Levels, and much more.

A live stream from Treyarch has just finished where the specialist ‘Firebreak’ was revealed, and a Q and A session was conducted for the community.

The new Specialist’s weapon ability is ‘Purifier’ which is a flamethrower weapon. The power ability is called ‘Heat Wave.’ Redwood is a picturesque forest location in Northern California which is a Military base. Sky-bridges connect you to various areas of the map with a brief look at what is another underwater combat section, and hints that there will be a very advantageous vantage point for those who are able to utilize the wall running to it’s full potential. David Vondehaar has advised that they have worked hard to create “chunky sets” for character customization that will be individual to each specialist, and even further on from that, individual to you. You will have a very broad range of customization options available to you so that you can make your specialist look and feel the way you want.

Theater Mode has been one of the most asked about features in Black Ops 3 and today Treyarch have confirmed that it will in fact be coming back with Black Ops 3.

Social features are very important to Treyarch so they have put a lot of focus on making these accessible to all in the game and easy to use.

All details were not revealed on this one, however they did advise that each Prestige will have 55 levels.

Neither confirmed or denied, however Treyarch did indicate that they are looking into it and there MAY be news on the way soon in regards to this.

Check out the full Q and A section below: