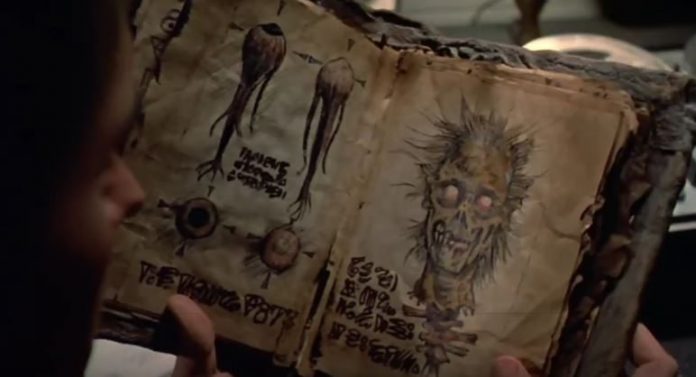 Campy, creepy, and at times downright scary! Evil Dead was a breakthrough independent film when it was released in the early 80’s. One of the only films that can have you hysterically laughing one moment, and covering your eyes in fright the next.

The supernatural tones mixed with slapstick comedy and the brilliant physicality of Bruce Campbell served to create a film that left you rooting not only for the Evil in the wood,  but also for the painfully inept and loveably cheesy Ash.

Flash forward past two more films in the series and an enduring fan base that has been yearning to see anything Ash related for years, and feast your eyes on Ash vs Evil Dead! Originally planned as a new feature film in the series, Starz Network announced on November 10th 2014 that it would instead be a 10 episode series. The premiere, tilted “El Jefe“, is the start of his new series. As a long time fan of this films I can 100% say without any trepidation that immediately from the outset of this episode Ash is exactly who you’d think he’d be after such a long time living in the Evil Dead universe. Aging, bloated, but still self absorbed and yes cheesy; Ash has been living alone and hiding who he was and what happened all those years ago in the woods.

In a mishap that only Ash could be involved in, after a night of heavy drinking and smoking (wink wink), Ash decided that in order to seal the deal with a lovely lady that he picked up at a bar; who happens to love poetry, he’d read some passages from the book of the dead! Yes, the Necronomicon Ex-Mortis has been in his possession all these years. Of course, once again, the Evil is unleashed and coming for Ash!What ensues is a testament to how strong the initial formula for these films was. The scares are genuinely scary. The humor is again campy and cheesy. This formula feels fresh due to almost nothing since the original being able to marry these two styles of film making.

Without spoiling too much I’ll say that Ash finds followers that work well at complimenting this formula of storytelling, and in the end Ash realizes that he can’t hide who he was and more importantly who he needs to be once again. As soon as that chainsaw finds it home after all these years on Ash’s arm you’ll immediately feel, GROOVY! Don’t miss it.