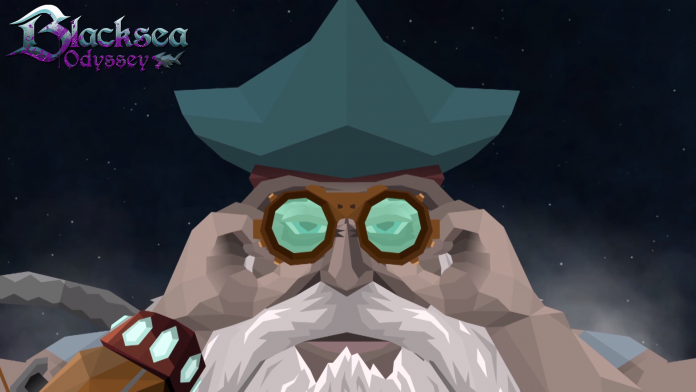 The official Alpha Testing for Blacksea Odyssey has begun. If you haven’t registered you can go to their website now and actually download the Alpha right away and begin hunting down those giant space creatures.

Keep in mind this is an Alpha, so it’s very important that you record any issues you find (if there are any) so you can provide that feedback to the developers.

Blacksea Odyssey is a top-down shoot ’em up about hunting giant space creatures -coming to PCs and consoles in Spring 2016.

Play as the cybernetic Old Man who has entered the deadliest competition in the galaxy – the Blacksea Odyssey! Four of the bravest huntsman compete in capturing bounties for the largest space creatures that exist! Only the sole champion of the competition is awarded the honor of encountering the Titan of the Stars! Legend says no one has ever lived to tell a tale about the Titan. Will the Old Man be the first?

Soon you will also be able to secure your pre-order of Blacksea Odyssey via Kickstarter:

Our publisher recently encountered some unforeseen financial issues and can no longer support the financial needs of Blacksea Odyssey. We agreed that it would be in the game’s best interest for us to pursue crowd-source funding in order for us to be able to finish Blacksea Odyssey.