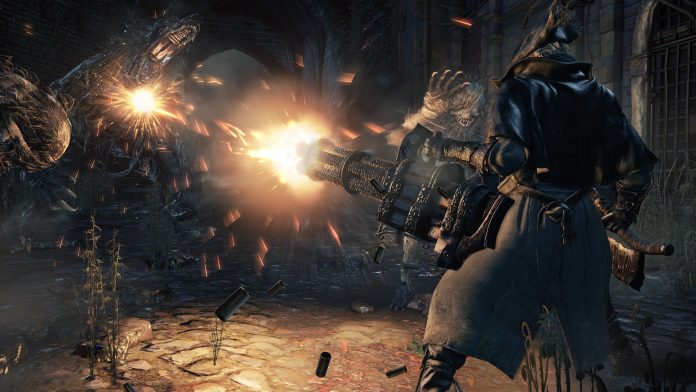 Bloodborne: The Old Hunters releases on November 24 and in anticipation of the release next week Sony has launched a 9GB update for the PlayStation 4 exclusive.

The patch will get things ready for the new expansion but does more than get players ready for The Old Hunters. The new update introduces a few new features such as new horrific environments and enemies, along with new devastating new weapons and abilities. There is also a new rune being added called The Beast’s Embrace which if used unleashes a power that turns the user into a ghastly form. The update 1.07 introduces a completely new Covenant, called The Federation and also drastically changes the online component of the game adding all new NPCs for you to summon to come to your aid and fight alongside you.

Here is an outline of how to access the The Old Hunters expansion once you download and start the game:

Defeat the boss of the Cathedral Ward and examine the altar in the back of the room to change the in-game time to night.

Go to the Hunter’s Dream and receive the Eye of a Blood-drunk Hunter from a messenger.

Go to the Oedon Chapel and leave via the left-hand exit to enter the square.

1. Go to the right-hand end of the square to trigger an event. This event will take you to the new area: the Hunter’s Nightmare.

2. Lighting the lamp in the new area will allow you to travel to and from the area via an Awakening Headstone in the Hunter’s Dream.