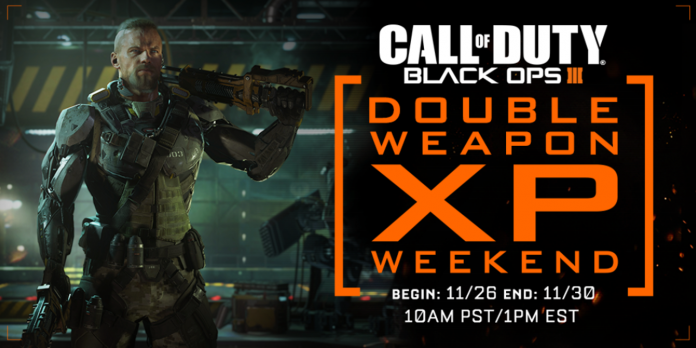 We have just finished, what was for some, a marathon weekend of DBL XP in Call of Duty: Black Ops 3. However, as teased by Treyarch just after completion, it’s not quite over yet!

Coming up this weekend is DBL Weapon XP.

My suggestion, especially if you are trying to get that elusive Diamond camo, is to choose the guns you know you are going to have the roughest time with and get them out of the way while you can, as running on DBL XP will make the process less painful.

At this stage the DBL Weapon XP will be available on Xbox One, PlayStation 4 and PC only. No news has been provided regarding Xbox 360 and PlayStation 3 however we will update you if that changes.