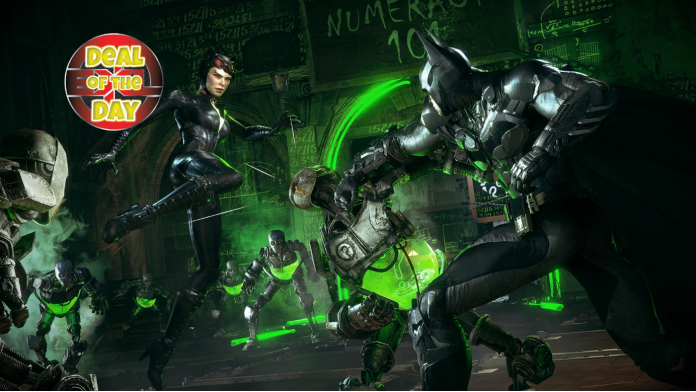 GameStop have reduced the price of Batman: Arkham Knight on the Xbox One from $59.99 to only $19.99. If you haven’t played this game yet then this is certainly the right time to pick it up.

As this is as physical version of the game it will make for a great stocking filler if you are looking for something to beef up your Christmas loot.

The Xbox One version of Arkham Knight received a score of 85 from metacritic demonstrating that this game was well received and enjoyed by most on the Xbox One.

Batman confronts the ultimate threat against the city he has been sworn to protect. The Scarecrow returns to congeal an imposing array of super villains, including The Penguin, Two-Face and Harley Quinn, to summarily destroy The Dark Knight. The game introduces Rocksteady’s uniquely-designed imagining of the Batmobile drivable for the first time in the franchise. Batman: Arkham Knight offers gamers a complete Batman experience as they rip through the streets and soar across the skyline of the iconic Gotham City.

You can check out yesterday’s recommended deal of the day HERE.