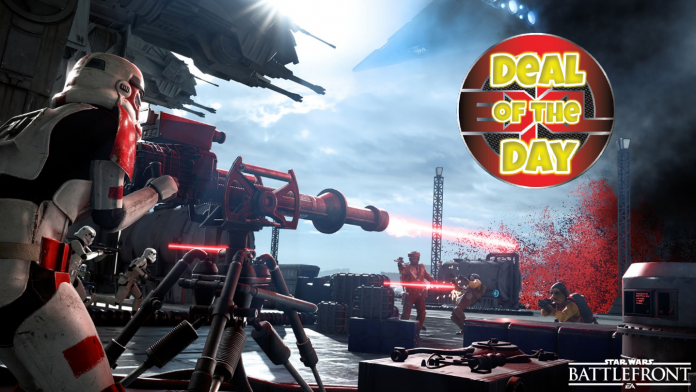 Haven’t picked up Star Wars: Battlefront yet? Well then you are in luck because Amazon has a pretty sweet deal on right now. Star Wars Battlefront is an action first- and third-person shooter video game based on the Star Wars franchise. The third major release in the Star Wars: Battlefront series, it was developed by EA DICE and published by Electronic Arts.

Head on over to Amazon for more details. See you on the Battlefront Rebel scum!