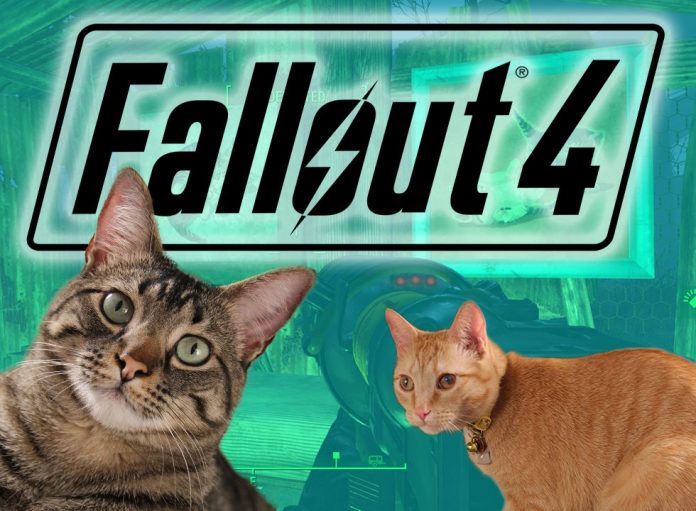 I like cats. I have two of them, but how did developer Bethesda and Fallout 4 know?

As I delved deeper and deeper into the Wasteland, taking notes for my eventual review, I came across something interesting. Although I normally keep the Pip-Boy radio off in-game (I like to listen to the ambiance, and the Diamond City deejay drives me nuts since I used to be a deejay), I had turned it back on earlier this week to see what was being said about the Lone Wanderer. What I found surprised me. “If you’re the sort of person who, uh… likes cats… and is maybe looking for adventure, or something – you now have a new option,” said Travis Miles on Diamond City Radio. “The settlement of Sanctuary Hills.”

That’s right, the Diamond City deejay heckled my settlement at Sanctuary Hills as a haven for cat people. How did he know?

The settlement system in Fallout 4 is great. You’re able to build fantastic structures, work with electricity, create defenses to protect your settlers and grow your own crops. You’re even able to deck-out your settlements with things like flags and pictures.

And that’s how Fallout 4 knew. Among the possible decoration choices in the settlements are a variety of cat pictures. I took my role as the benevolent Lone Wanderer seriously. I tried to brighten up the desolate wasteland that was Sanctuary Hills with a variety of happy pictures. So, I did what any logical, self-respecting cat person would do – I plastered pictures of kittens all over the place (in my defense, I also posted some dog pictures). I figured if I was really in a dire survival situation, with bandits knocking at the door to my home, pictures of cute cats could help push the prospect of death into the back of my mind. And you know what? It did. It helped my settlement at Sanctuary Hills seem more habitable and homely. Unfortunately, it appears the cat vs. dog debate survived the nuclear apocalypse.

When I heard the Diamond City deejay poke fun at me, I was shocked. Not by the fact I had been heckled, but by the fact Fallout 4 actually knew how I had decorated my settlement. I am absolutely thrilled at the level of detail the developers at Bethesda went to in an effort to make this game enjoyable – Fallout 4 is reacting to how I play the game. Sure, similar things have been done in the past (e.g. Three Dog providing updates of the player’s quest activity in Fallout 3), but this time it was different. I hadn’t made any quest decisions, I had simply chosen a decoration. The game designers and programmers deserve to be commended for this. It makes the world in Fallout 4 seem that much more alive, and that everything the Lone Wanderer does can have an impact.

Ironically, I am not the only one with with a love of cats in Fallout 4. If you find yourself near Walden Pond, head southeast. There you’ll find the small, kitten-decorated home of an obviously cat-obsessed hermit. Naturally, a female trader lives at the house (playing into the stereotype of the crazy cat lady), and several cats roam around near the cabin. You can purchase an Atom Cats outfit from the trader… and since it’s a Fallout game, cat meat.

I don’t know how I feel about the last one. Check out the video below for pictures.