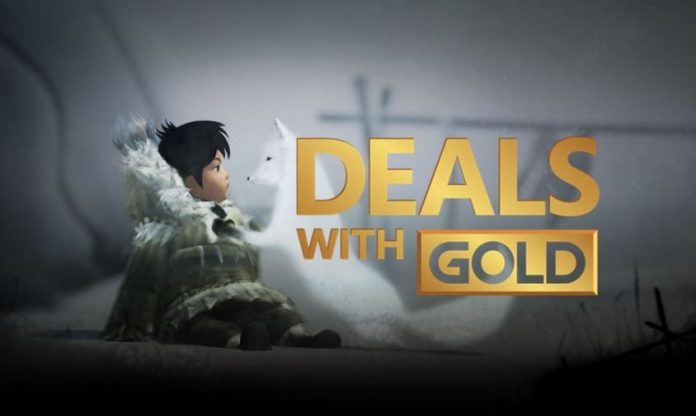 Hey gamers! Most of you are no doubt very busy with Halo 5, Black Ops 3, the newly released Fallout 4 and Rise of the Tomb Raider, but don’t forget about this weeks Deals with Gold.

With so many huge titles already out choosing this week’s EXL recommendation out of this line up was quite the task, however we settled on Never Alone.

Never Alone (Kisima Ingitchuna) is the first game developed in collaboration with the Iñupiat, an Alaska Native people. Nearly 40 Alaska Native elders, storytellers and community members contributed to the development of the game. Play as a young Iñupiat girl and an arctic fox as they set out to find the source of the eternal blizzard which threatens the survival of everything they have ever known.

Guide both characters in single-player mode or play cooperatively with a friend or family member as you trek through frozen tundra, leap across treacherous ice floes, swim through underwater ice caverns, and face numerous enemies both strange and familiar in the journey to save the girl’s village.

You can check out our review of this game here.

All deals and discounts are valid now through 16 November 2015.

*These Deals with Gold offers are valid for Xbox Live Gold and Silver members.