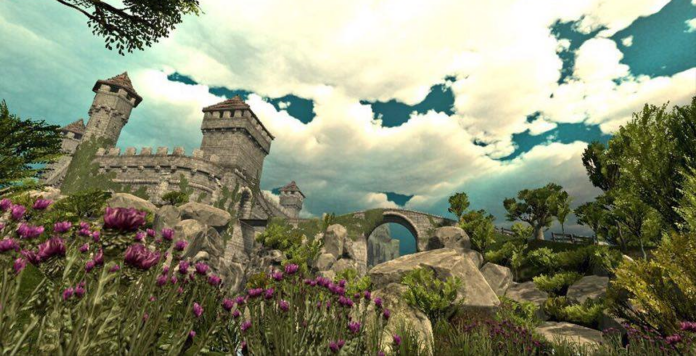 Project Knighthood is a fresh, new open-world medieval action adventure game that captures your attention from the moment you first see it. Currently in development by Royal Blade Studios, Project Knighthood will see you take the role of a soldier returning home after battle to find his/her beloved homeland laid to ruin.

You are now the sole heir to the Kingdom and nothing is more important than rebuilding what was laid to waste back into a prosperous Kingdom once again.

“The motivation and inspiration for Project Knighthood came from my desire to create a game that gamers could relate with and enjoy. The worlds are a reflection of what the community of gamers desired to see in the game. Project Knighthood will illustrate and showcase the struggles of a Hero finding their identity in a war ravaged land while overcoming the obstacles of personal battles within.

Myself, having served in the military and served in war, I wanted to express the aftermath one deals with in war through the game. It brings an aspect of realism that gamers have never had the opportunity to experience before.”

Whilst Project Knighthood is currently in Alpha state, you can check out the stunning various kingdoms below and as development progresses we will bring your further updates, in the meantime feel free to ask questions and provide your feedback to Jeff Bartrom via Twitter.

Project Knighthood is slated for the 3rd quarter of 2016 and will release on Xbox One and PC.