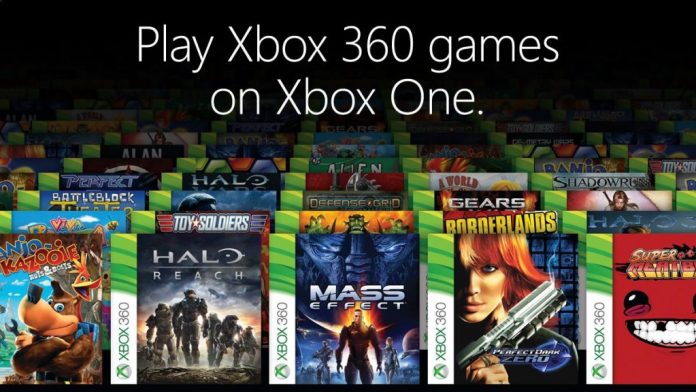 One of the biggest announcements out of the Xbox camp at E3 2015 was that backwards compatibility for Xbox 360 games would be coming to Xbox One and will launch along with The New Xbox Experience Dashboard on November 12.

In preparation for the launch Xbox head Phil Spencer took to Twitter to announce that on November 9 the company would be releasing a list of the first 100 Xbox 360 titles that will be made available once the feature launches. The team at Xbox have certainly done a bang up job in recent months positioning Xbox One to have what could potentially big its biggest holiday season to date.

Microsoft has announced a host of competitively priced bundles that should hopefully appeal to those budget minded consumers who may have had reservations about making the switch from Xbox 360 to Xbox One. Along with a new faster UI, the backwards compatibility feature and a truly impressive portfolio of games, Microsoft’s Xbox One is poised to have a pretty successful end of year as it heads into 2016.