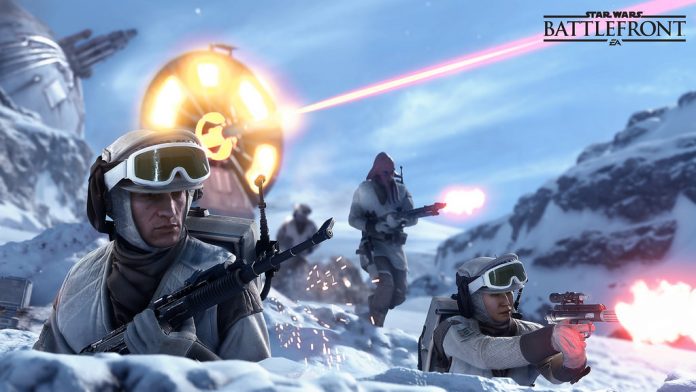 The Xbox brand to many a gamer has had a long a storied history with shooters like Halo, Call of Duty and Gears of War but it appears that Sony is looking to change the narrative this generation.

“This generation, the shooter audience is tending to switch over to PS4, so we’ve got high expectations for Star Wars Battlefront around both launch and into next year,” said PlayStation group marketing manager Lauren Bradley.

PlayStation has been actively securing third-party partnerships with some of the biggest franchises in the shooter genre including Call of Duty: Black Ops III, Destiny and the long-awaited Star Wars: Battlefront series.

“When we first saw [the Battlefront TV ad] I think everyone in the office suddenly had something in their eye. It really pulls on the heart strings and celebrates nostalgia, which aligns well with PlayStation’s 20th anniversary.

“One of the most favourited comments on our Facebook post was ‘the nostalgia is strong with this one’. Star Wars is so important to so many of us, those who love it often have that one friend they grew up watching it with so its a good way to get the local co-op message across,” says Bradley.

During the 360 era more often than not it was Microsoft that really fostered third-party relationships with some of the industries biggest shooters like Call of Duty. However, Microsoft appears more interested in bolstering its own first-party titles such as Halo 5: Guardians, which as of this week appears to be paying off as Microsoft reported that Halo 5 has sold more than $400 million globally in its first week.

There does appear to be a flip-flopping of positions this generation from Xbox to PlayStation with Sony actively supporting the biggest shooter franchises by creating special edition console bundles for Call of Duty, Battlefront and Destiny as well as spending millions on advertising in an effort to drive the message to consumers that PS4 is the new home for shooters.

Only time will tell if this will pay dividends for Sony and in fact the message does resonate with gamers. Mainly for the fact that mind share can speak volumes and Microsoft has worn the “home of the shooters” crown for so many years.

With the first week sales of Halo 5: Guardians it would seem that Sony has its work cut out if it plans to take the crown from Microsoft so this will be an interesting narrative to see unfold indeed.