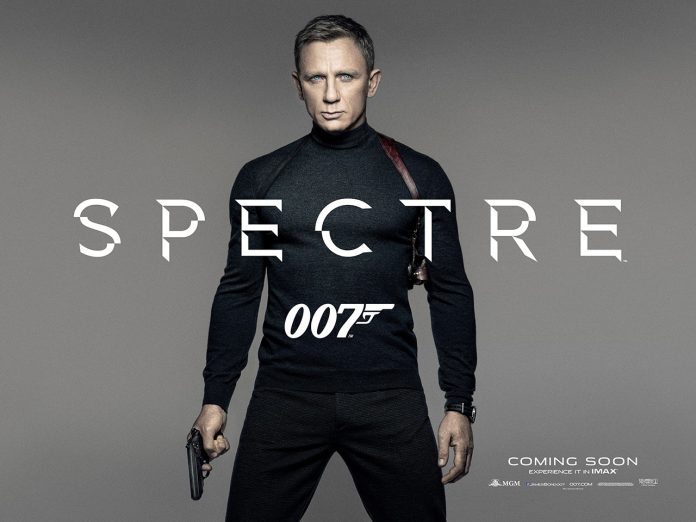 “James Bond.” The name is synonymous with the espionage thriller genre. However, and certainly before the Daniel Craig Bond-era, the name had become more of a gimmick than a mark of quality – growing ever more bizarre and outlandish like the inventions of “Q,” the gadgetmaster portrayed by Desmond Llewellyn’s in the earlier films. Craig’s Bond has worked hard to distance himself from the rather forgettable entries in the series, like Die Another Day (2002) and 1979’s Moonraker. Craig, and indeed the writers behind his Bond films, have done a wonderful job redeeming the character from a charismatic sideshow clown to a believable secret agent with emotional depth and intelligence to match. In Spectre, the series continues to move forward across multiple fronts, although it finds itself held back by old Bond concepts.

There may be some mild spoilers ahead, so continue at your own hazard.

Spectre begins in Mexico with an immensely impressive shot. For what feels like minutes, the opening sequence is shot continuously without cuts or edits as the moviegoer follows Bond through the streets, packed with locals celebrating the Day of the Dead holiday with a festival. It is, without a doubt, the best opening sequence in the entire Bond catalog. The amount of coordination required for such a shot speaks to the abilities of director Sam Mendes, and those abilities will be tested continuously throughout the film. Spectre‘s development was reportedly fraught with setbacks and rewrites, but thanks to Mendes’ and Craig’s abilities, it rarely shows. Fans of Casino Royale, Quantum of Solace, and Skyfall will find Bond in a familiar position – tracking down spies and trying uncover more about the mysterious organization teased in previous films and out-rightly stated in the new film’s title (Special Executive for Counter-intelligence, Terrorism, Revenge and Extortion). The group is a staple of the Roger Moore and Sean Connery-era Bond films, but its past plots were often ridiculous. This is not the case with the new iteration. Cold, calculating and driven by greed and control, the new SPECTRE organization goes about its scheme in a completely and terrifyingly believable way, disposing of every obstacle (friend and foe alike) on the path to its goals. This is the SPECTRE of the 21st century. Its currency is information and it operates under the guise of the greater good. The organization even manages to leverage power against MI-6 (Bond’s intelligence branch) and a good deal of the story in Spectre deals with politics, trust, and loyalty. The familiar characters of “M,” “Q,” and even Miss Moneypenny find themselves at a crossroads, and Bond has to use his intelligence to stay one step ahead.

Craig leverages all of Bond’s charm from his previous films to secure the desired outcome, and even manages to tie up some loose ends in the process. One of the recurring themes in the recent entries in the Bond series is the relationship that existed with Vesper Lynd, and it is finally resolved in Spectre. Many people disliked Lynd’s hold on Bond, a hold which I found to deepen and humanize the his character (I say this as a fan of Timothy Dalton’s portrayal of Bond). After seeing Spectre, I feel Craig developed the most well-rounded Bond character during his tenure with the films, and even shows Bond mature as an individual.

Meanwhile, Christoph Waltz brings back to life the classic Bond villain. Waltz effectively crafts his character into an obsessed machine with a sole function – the destruction of Bond. Perhaps “destruction” is too blunt of a word, as Waltz’s character is intent on breaking Bond’s world piece by piece in the most painful ways possible. While all the manners in which Bond is tortured by the head of SPECTRE are wholly believable (there’s a scene that makes everyone in the theater squirm in their seats), the villain’s motivation is not, and it is the biggest stumbling block in the entire film. If Craig and Waltz as adversaries represent the best in Bond films, the villain’s motivation represents the worst. The events surrounding this motivation, the villain’s reaction to them, and the subsequent events belong back in the 1980’s with A View to a Kill and Christopher Walken’s exploding blimp. Unfortunately, there is no real way to make this motivation acceptable, and it holds Spectre back.

In addition to the stellar opening sequence, the cinematography and action scenes are every bit as fantastic as expected from a Bond film. There are several small “Easter egg” references throughout the film, meaningful to those with a keen eye and knowledge of the greater Bond universe. Spectre makes for a great new chapter in the Bond legacy, even if it is a tad flawed.

The ending of the film is crafted masterfully, complete with twists and turns. The audience is never sure exactly what to expect because of the depth of the universe created by the writers and actors in the Craig-era. I would recommend seeing Casino Royale, Quantum of Solace, and Skyfall prior to seeing Spectre, as it draws from all of those films. It is not required to enjoy the film, but it will maximize enjoyment.

Overall, Spectre feels like a smart, espionage thriller on a whole different level than previous Bond films – but for better or worse, it still finds itself anchored to the past with something keenly “James Bond.”