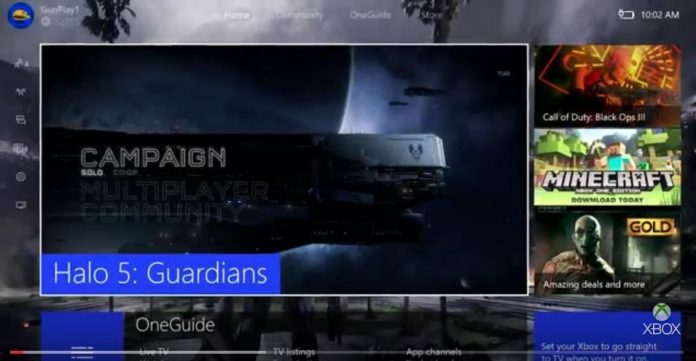 November 12th is just around the corner and with it come the New Xbox One Experience for those who are not in the preview program.

Xbox Live’s Major Nelson has been putting walk through videos together to help you get prepared for all the upcoming changes to your Xbox One. Today we have two – Avatar’s and the OneGuide.

Bringing Avatars to Xbox One should be music to any Xbox 360 fan’s ears – and Avatars on Xbox One come with the same visual fidelity improvements that gamers on Windows 10 have already gotten a taste of. That means improved anti-aliasing, lighting, shading, and an altogether more modern feel.

Of course, the core Avatar experience on your Xbox One is exactly what you’d expect. You can create an Avatar, change his or her look and clothing style, and browse all of the items you’ve already earned or purchased. If you choose, your new and awesome Avatar will show up in multiple locations across the New Xbox One Experience, including your Profile, your Activity Feed, the Compare Achievements section in Game Hubs, and more.

Xbox One is also getting a totally revamped OneGuide. With the rapidly expanding selection of video content from apps on Xbox, OneGuide makes it easier than ever to find something to watch, quickly. The new and improved OneGuide gets you to all of the content that you own and have access to watch via apps while providing access to featured and recommended content that you may not already know about.

The real star of the new OneGuide is app channels which enables you to see, at a glance, what’s new in your favorite video apps, like YouTube, Hulu, and FXNOW, without having to go in and open the apps themselves. In other words, you’ll spend less time finding something to watch and more time actually watching!

We’ve also made improvements to the live TV experience you already know in OneGuide. You can now enjoy a picture-in-picture of what you’re watching while you check TV listings or browse for something else to watch. If you watch live TV, you’ll also notice that TV listings now come up instantly and in full screen, letting you see what’s on more channels at once.

Coming soon, live TV listings from the Sling TV app including AMC, TNT, HBO, and more will be integrated into OneGuide, for Xbox One owners in the U.S. This will allow you to be able to see all your favorite channels including Sling TV channels side by side in OneGuide.

Check out the videos above for the full rundown on Avatars and OneGuide on Xbox One, with me and Partner Group Program Manager for Xbox One, Richard Irving. And stay tuned to Xbox Wire for more details on what you can expect when the New Xbox One Experience launches on 12 Nov.