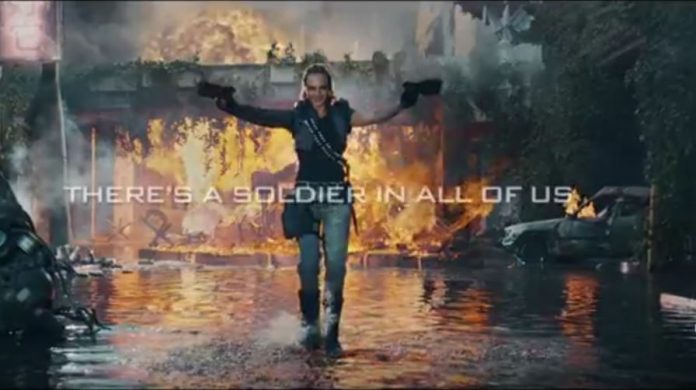 With under a week left to go until the next installment in the Call of Duty franchise drops, a new trailer has been released.

Meet Kevin and Cara, representing the ‘solider’ in us all.

The official Call of Duty®: Black Ops III live action trailer, directed by Wayne McClammy and featuring Michael B. Jordan, Cara Delevingne, and Marshawn Lynch, follows Kevin as he wall-runs, thrust jumps, and power slides through enemies and zombies on his way to glory. No matter who you are, there’s a solider in all of us. Call of Duty: Black Ops III arrives globally on November 6th, 2015.