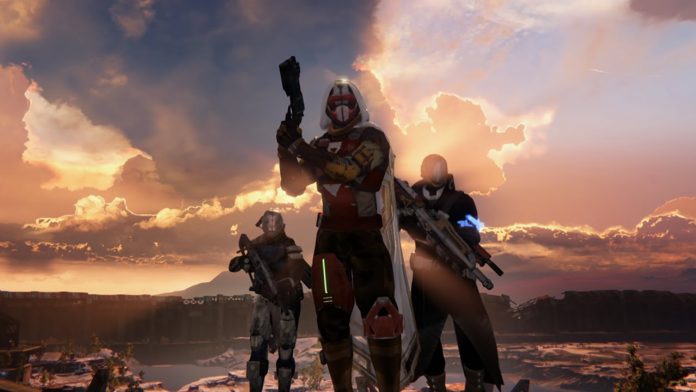 Bungie are looking back on what has been an epic year for the company and the communities that support their endeavors. In doing so they have announced that all Destiny Guardians will be receiving free loot in early January 2016.

When we all return from a long winter’s nap, we’ll still be in the giving mood. Just because you’re all awesome, we’ll be stuffing your stockings with 15 Strange Coins and 15 Motes of Light. They should arrive on January 7th, after we’ve all had a chance to settle in after our travels. We’ll sound an update in the usual places when they arrive.

Think of it as a gift card you can use in the Tower, where the stores are always open and there is a never a line. Buy something nice from Xûr with those Coins, but don’t spend all your Motes to upgrade one item. See the Postmaster for your packages when the time comes – you may have to clear your backlog for them to appear.

The giving doesn’t stop there though, with the announcement of an exclusive emblem to be awarded to all gamers who play Destiny between the 7th and 10th of January. This emblem has not yet been revealed, however all you have to do to be eligible to receive this emblem is log in during those dates and play a little Destiny.

As a final gesture, if you make an appearance in the world of Destiny any time from January 7th to January 10th, we’ll throw in an exclusive yet-to-be-revealed Emblem to mark the fact that you were there. Just log onto Destiny and play whatever you like. Complete a playable activity in your Director so we can track you! We’ll pass out the Emblems to those who qualify on January 12th.

As a new year dawns, stop by to collect a token of our thanks for sharing the adventure as it continues.

Last but not least, the winners of the Sparrow Racing League Film Festival have also been announced, with the winner of the ‘Grand’ prize receiving a special edition Destiny PlayStation 4 and digital items. The Grand prize video can be seen below, however if you would like to check out the other winning entries across a variety of categories head over here.

From the team at EXL Gaming we wish you a safe and Merry Christmas.