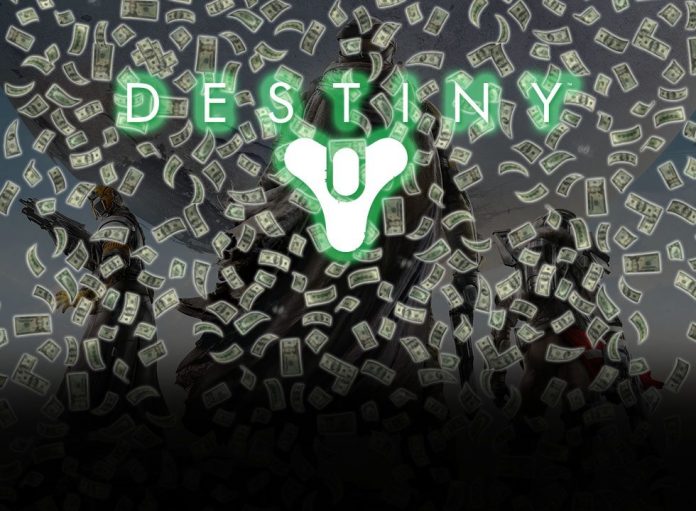 Do you remember the days where games shipped complete? When there was proper expansions? When downloadable content was significant? Pepperidge Farm remembers, though companies like Activision and Bungie appear to have forgotten.

Today, Destiny added several pieces of DLC to game marketplaces across platforms. Unlike Destiny’s previous DLC, which provided questionable value to a game with already questionable value, this new DLC serves a singular purpose – to profit by exploiting the game’s leveling structure.

The DLC packs allow players to immediately level a character from level 1 to level 25, for the low, low price of $29.99. That’s right, for about thirty dollars – half the cost of the original game when it was released – you can purchase a level 25 character in Destiny. To gouge the consumer further in Destiny, this purchase only works on one character. This means to make sure you have a level 25 character for each class, it will cost you about $90. Of course, you have the option to do things the old-fashioned way and level up your character by completing what little of a campaign Destiny actually has, and put in the necessary hours to reach that rank. So, why am I complaining about this?

Unlike other games that employ this money-grabbing DLC tactic, Destiny‘s pay-to-play tactic is remarkably exploitative due to the construction of the game. Games with similar DLC, like the Battlefield franchise, allow you to spend money to unlock weapons and gadgets instead of earning them by spending time in the game. To unlock every weapon and gadget for a class of character in Battlefield: Hardline, for example, costs a whopping $7. Hell, to unlock every item for every class runs $50. I have played both Destiny and Battlefield.  I know it takes a significant amount of time to level up and unlock/find gear. I understand some people don’t have the free time to play and remain competitive (I increasingly find myself in this category). I also know the core game structure of Destiny is significantly different from Battlefield.

In Battlefield, it doesn’t matter what level you are – you aren’t prevented from playing with friends and barred from completing certain missions based on level. A level 1 player can easy team up with a shit-bucket-wielding level 100 colonel, because the structure of the game allows it. In Destiny, you must be a particular level to participate in particular missions, and that is why Bungie’s new DLC tactic is so exploitive. If I buy Destiny in the store today, and head home with the intent to play with a friend who is level 25, I would have to put in dozens of hours into the game before I could participate in meaningful missions with that friend. Oh, and 25 isn’t even the game’s maximum level – that’s 40.

This shortcut DLC doesn’t include any weapons or armor to keep you competitive, either. Compounding this problem, many Destiny players already have max-leveled characters in each class, which means the likelihood of finding low-level players via the game’s built in matchmaking is diminished. In theory, a friend could start a new character with you from level 1, which would be fine – if Destiny didn’t limit the amount of characters you can have (meaning your friend might have to delete a level 40 character to play with you from the get-go – a character worth $48 dollars according to Bungie and Activision’s calculations).

Bungie and Activision ought to be ashamed. Not only for creating a game in Destiny that is so incredibly-flawed for a AAA title, but for creating a game with a structure that – by design – deliberately fragments its own player base, and manufactures an artificial need for this type of shortcut DLC. Again, the Battlefield franchise is guilty of fragmenting its player base, too. If you want to play on new maps with friends, you have to buy the DLC, otherwise you’re limited to the core maps. Destiny also has this kind of fragmentation, but this newly-announced DLC takes it to a whole new level. “So what?” you may say “I’m not going to buy that shortcut DLC.” Good. Bungie and Activision should learn the decision not only to offer this type of DLC is a mistake, but structuring their games in the way Destiny is designed is not in the best interest of the gamer.

Vote with your wallet.

What do you think about Bungie and Activision’s DLC decisions? Let us know in the comments.